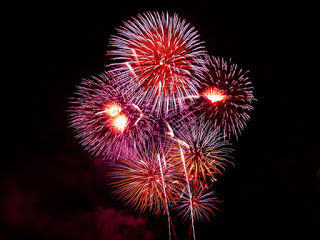 Congratulations to the children’s-YA authors and illustrators of 2010!

Thank you to everyone who discussed and debated and cheered and championed this year’s books!

Just for fun, here are a few of my favorites.

(a) to varying degrees, I know or have met some (but not most) of the authors/illustrators–if I discounted everyone I knew, potential picks would be so significantly reduced in number as to be meaningless;

(c) these are highlights, not predictions, not an all-inclusive list of my favorites.

The Beatitudes: From Slavery to Civil Rights by Carole Boston Weatherford, illustrated by Tim Ladwig (Eerdmans, 2010)

The Fantastic Secret of Owen Jester by Barbara O’Connor (FSG, 2010)

The Other Half of My Heart by Sundee T. Frazier (Delacorte, 2010)(author guest post)

Hereville: How Mirka Got Her Sword by Barry Deutsch (Abrams, 2010)(graphic format).

The Suburb Beyond the Stars by M.T. Anderson (Scholastic, 2010)(author interview)

Theodosia and the Eyes of Horus by R.L. LaFevers (Houghton Mifflin 2010)(series website)

Anna and the French Kiss by Stephanie Perkins (Dutton, 2010)

The Sky Is Everywhere by Jandy Nelson (Dial, 2010)

Tell Me a Secret by Holly Cupala (HarperTeen, 2010)(author interview)

The Tension of Opposites by Kristina McBride (Egmont, 2010)(author interview)

The Agency: The Body at the Tower by Y.S. Lee (Candlewick, 2010)(author interview)

Another Pan by Daniel and Dina Nayeri (Candlewick, 2010)(co-authors interview)

The Good, the Bad, and the Barbie: A Doll’s History and Her Impact on Us by Tanya Lee Stone (Viking, 2010)(author interview)

Sugar Changed the World: A Story of Magic, Spice, Slavery, Freedom, and Science by Marc Aronson and Marina Budhos (Clarion, 2010)

They Called Themselves the K.K.K.: The Birth of an American Terrorist Group by Susan Campbell Bartoletti (Houghton Mifflin, 2010)(author guest post)

I also celebrated the paperback release of Eternal (Candlewick, 2010), which debuted at #5 on The New York Times bestseller list and #13 on the Publishers Weekly bestseller list. Trailer by Shayne Leighton.

“Fireworks” by Anna Cervova from PublicDomainPictures.net.

Thanks to Debbie Gonzales, Carmen Oliver, and Mark G. Mitchell at Austin SCBWI.

Thanks to Lisa Firke of Hit Those Keys, the designer and webmaster of www.cynthialeitichsmith.com. Read a Cynsations interview with Lisa.