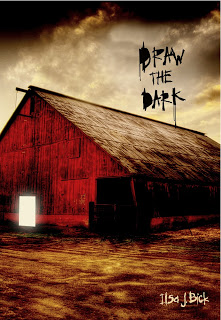 Ilsa J. Bick is the first-time author of Draw the Dark (Carolrhoda Lab; 2010). From the promotional copy:

There are things the people of Winter, Wisconsin, would rather forget. The year the Nazis came to town, for one. That fire, for another. But what they’d really like to forget is Christian Cage.

Seventeen-year-old Christian’s parents disappeared when he was a little boy. Ever since, he’s drawn obsessively: his mother’s face…her eyes…and what he calls “the sideways place,” where he says his parents are trapped. Christian figures if he can just see through his mother’s eyes, maybe he can get there somehow and save them.

But Christian also draws other things. Ugly things. Evil things. Dark things. Things like other people’s fears and nightmares. Their pasts. Their destiny.

And some things the people of Winter would rather forget—like murder.

But Winter won’t be able to forget the truth, no matter how hard it tries. Not as long as Christian draws the dark…

How did you approach the research for your story? What resources did you turn to? What roadblocks did you encounter? How did you overcome them? What was your greatest coup, and how did it inform your manuscript?

I’m going to turn this question around a bit because I think that the research process for any story is reflexive and reflective of history (personal and otherwise) and imagination.

As a child psychiatrist, I’ve always been interested in the sideways place in people’s minds: that hole down cellar where darkness lives. So, for me, researching a story means digging deep, personally and otherwise.

So, some things you need to know:

a) I’m Jewish and the daughter of a Holocaust survivor;

b) I live in rural Wisconsin about a stone’s throw away from an old Hebrew cemetery—which is weird because we’re the only Jewish family in town;

c) A German PW camp once stood about four miles from my house, and was only one of thirty-eight such camps in the state;

d) I think all art tells a story.

Being Jewish and a survivor’s daughter, I’ve always felt the Holocaust as a kind of background music. Couple that with my move from the East Coast to Wisconsin almost a decade ago—to a place where we are, literally, the only Jews in town. Virtually no one in my village has ever met a Jew.

I remember the first time this older guy found out I was Jewish. First thing out of his mouth: “Hey, I heard Jewish people get buried standing up.”

I’m not making this up. To put this in perspective, there used to be about a thousand Jews and several synagogues as late as the 1950s–so many Jews, they called this area, “Little Jerusalem.”

But . . . wait a minute. There’s that Hebrew Cemetery just spitting distance from my house. So what’s with that?

So I got curious and unearthed some interesting stuff, which led me a fabulous book, Stalag Wisconsin: Inside WW II Prisoner-of-War Camps by Betty Cowley (Badger Books, 2002). From Ms. Cowley’s work, I learned that prior to 1942 England held several thousand German prisoners of war but became increasingly nervous that Hitler was going to destroy England from the inside-out by air-dropping weapons to all those prisoners. So England asked the U.S. to take the PWs off their hands.

The first PWs started arriving here in 1942. Wisconsin’s Camp McCoy was one of the first Army base camps where captured Germans (and Italians and Japanese) were processed before moving along to other smaller, rural branch camps to ease manpower shortages on farms and in factories.

At its peak, the number of German PWs in the U.S. was about a half-million men. In many towns, especially in the heavily Germanic Midwest, camp officials were deluged with requests from U.S. citizens about German relatives.

Cowley’s book is chock-full of stories about things like German PWs knocking on relatives’ doors or those of German-Americans, only to discover a cousin or uncle or brother in a nearby PW camp.

After the war, many German PWs came back to the U.S.—to these communities—to live.

All that history got me thinking: what would it be like to be Jewish and to live here at that particular time? Here are Germans PWs, soldiers who’ve pretty much wanted to wipe you out, and now they’re just down the road. Your neighbors aren’t unhappy; in fact, they’re thrilled because some of these PWs are relatives or friends.

That’s where my protagonist, Christian Cage, enters: at the intersection of history and imagination and into a story I wanted to tell about darkness, secrets and guilt. (Christian’s name says it all, don’t you think?)

Christian tells his personal story to himself by painting his questions. Sometimes, his darkness freaks him out, but he keeps going and, personally, I think that takes guts. No matter how frightening, I think the journey through the darkness is worth it.

Call the reward insight; call it understanding. Or hope. 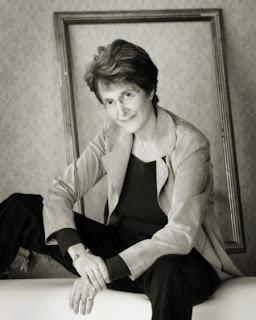 Actually, my editor identified me!

I came up with the idea for this book at a writer’s workshop devoted to crafting queries and synopses. When I got home, I shot out my query and synopsis to a couple editors whom I’d researched pretty heavily in terms of what their houses were putting out and what their personal tastes appeared to be.

One answered immediately and wanted to see the book—which was kind of a trip because I hadn’t yet written the darned thing! So I typed my fingers off for about eight weeks and sent off the resulting book, originally titled “Stalag Winter.”

Well, you know the drill. After about five months of waiting, I contacted her again, only discover that she’d since quit her job.

At around the same time, I stumbled on the Amazon Breakthrough Novel Award contest and figured, fine, I’ll submit “Stalag Winter.” There was no YA category that year, and so I submitted under “mystery,” thinking my chances were slim to none.

As it happened, I made it to the semi-finals: the final hundred out of over five thousand entries. So I was pretty stoked; by then, other people had passed on “Stalag Winter,” but that was fine. I had another book ready to make the rounds anyway; I figured that I’d mention “Stalag Winter” and the ABNA in the queries. Couldn’t hurt.

I sent out five queries—for a completely different book—on a Sunday afternoon.

By Monday morning, I had five replies, asking for the manuscript. On Wednesday, my fantabulous Carolrhoda Lab editor, Andrew Karre (interview), popped into my email, asking if we could talk. (Uh . . . that would be yes.)

We talked on Friday; Andrew wanted the book; it was kismet.

Andrew is the best kind of editor: one who’s boundlessly energetic, enthusiastic and eager to get under the book’s hood—not to yank out the distributor cap but figure out how the book works and how to make it work better. Above all, Andrew is interested in the writer. He wants to know what makes a writer tick. My kind of guy.

Mind you, though, his was a call for “Sin-Eater,” not the book that became Draw the Dark. That book was still in the running for the ABNA. Andrew asked to see every YA I’d written, so I also shot him “Stalag Winter”/Draw The Dark.

Well, he completely flipped and wanted Draw The Dark, too.

All I had to do was lose the contest.

I did, but honestly, I won, big time. At this point, Draw The Dark is the first of three books Carolrhoda will be putting out; the others are Sin-Eater and Sweet.

I can say, with complete honesty, that I really look forward to working with Andrew on all these projects and many more.