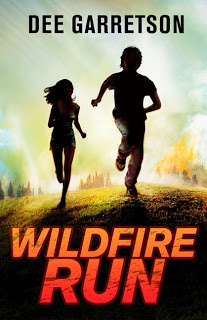 Dee Garretson is the first-time author of Wildfire Run (HarperCollins, 2010)(author blog). From the promotional copy:

The president’s retreat, Camp David, is one of the safest places in the United States. So why can’t the President’s son, Luke, and his friends, Theo and Callie, stay there without Secret Service agents constantly hovering over them, watching their every move?

And yet, when an earthquake sets off a raging wildfire, causing a chain reaction that wreaks havoc at Camp David, they are suddenly on their own.

* To override the security systems

* To save those who were supposed to save him

* To get through an impassable gate

I think of writing a story as a puzzle that needs to be put together, and that’s how I go about piecing together the elements that make up a character.

Luke Brockett, the protagonist in Wildfire Run, was the result of a long learning curve in character development.

When I first started writing, I would have a set idea of a character in my head and often found myself trying to mold the plot to fit them. But the more I wrote, the more I discovered that tactic wasn’t getting me where I needed to go in terms of improving my storytelling. I found it was important to stay away from a common mistake beginning writers make, putting either too much of their own personality (or what they would like as their personality) into a character.

In planning Wildfire Run, I started with the idea I wanted the character to be the son of the President of the United States.

The easy part of developing Luke was deciding how his personality would lend itself to the plot-getting him through the adventures in the story. I made him “MacGyver”-ish (1985-1992), for those of you old enough to remember the television show, a resourceful kid who likes gadgets. But I also wanted Luke to have an internal journey, to give the story more depth and to show how he changes over the course of the book.

That’s where I had to consider what imperfections to give him, both real and in his own imagination. The use of the word “imperfection” is tricky. Imperfection implies a negative, and that’s not quite accurate.

“A degree or more off the imagined ideal” is too unwieldy a phrase, but that’s more what I mean by imperfection.

There’s a fine line to walk when giving characters flaws. A perfect character is boring, yet so many times an agent or an editor will reject a work because they “just don’t connect with the character.”

I think the biggest turnoff is to make a character too self-centered, and it’s easy enough to avoid that, yet the possibilities for other imperfections are endless and require careful choices.

And that’s where the puzzle analogy comes in. I have to pick the right pieces of the puzzle. In Luke’s case, I chose three imperfections. One is mostly in his own imagination. He assumes his father–a brilliant and learned man–is continually disappointed that Luke is not inclined toward academic learning. It made sense in terms of the set up of the story: there would be a lot to live up to if your father were the President.

Once into the adventure, Luke tries to do what he thinks his father would, until it becomes clear he needs to follow his own instincts. That’s where I chose the second part of his personality. Luke is impulsive, very impulsive, and it’s gotten him into trouble in the past. Yet eventually his impulsiveness carries him through.

The third trait tied into both the setup of the story and the plot. I imagined that a child who had lived with Secret Service protection for much of their life (and who was constantly warned of potential dangers) would have a very skewed perception of the world. I gave Luke the baggage of dealing with an almost paralyzing fear of life without bodyguards.

All these factors came together to influence how I wrote both the external and internal journey Luke makes. When the story was finished, I realized if I had even left out one of the pieces of the puzzle, it would have been a very different book. 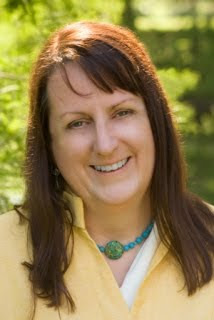 Cell phones are the bane of my writer life. It’s very difficult to write believable adventure stories when in real life people can usually call for help if they find themselves in danger.

I spend an inordinate amount of time figuring out why my characters (a) don’t have cell phones, (b) have them but lose them, or (c) have them but find they don’t work.

The issue had to be dealt with, though, because I think most readers will not get as involved in the story if they don’t believe the plot, nor will they connect with character.

It’s easy to get disgusted with characters too stupid to figure out what an average person knows. That’s why I could never stand the horror movies in which the girl goes and opens a door to the closet she knows has a high probability of holding an ax murderer.

Any glitch that makes a reader stop and ponder whether something makes sense can destroy their engagement with the story and make them stop turning the page.

I feel sorry for writers who have romance elements in their plots. Could “Romeo and Juliet” be set today? Lack of ability for the two to communicate is an essential part of the plot. The ease of staying in touch now has taken away a whole swath of potential plot complications used since storytelling began.

In a sense, I’m glad I have to place my characters in situations where they don’t have access to communication technology. If it’s not there at all, it solves the problem of the new features such technology will have in years to come. Writing for the younger crowd is tricky because most of them only have a very hazy notion that certain things haven’t been around forever, and that will hold true in the future for the next group of young readers.

Right now we can imagine a scene where a character is in a location without cell service, but that possibility won’t last for long. In ten years, will a young reader realize lack of cell phone service is a logical problem characters might face in the time the story is set? I don’t think so.

It’s different from reading a book like Little House on the Prairie by Laura Ingalls Wilder (HarperCollins, 1971, 1935). Even without an extensive knowledge of history, a younger reader knows there was very limited technology in the murky reaches of long, long ago, but not so much about what has changed in the span of a shorter period of time.

Short of including a timeline of technology development in later editions of books, there’s no method of providing this information.

I did worry about dating my manuscript in writing about the security systems at Camp David. Luckily for me, I’m writing fiction, so I just had to make it believable, not necessarily accurate. There’s no way for an average person to find out exactly what is at Camp David. Some of what I put there I based on reading about emerging technologies, and some was based on what made sense to me. I hope it makes sense to the reader as well. It will be interesting to see in five or ten years how well that part of the story holds up to change.

Someday, I think I might attempt to write fantasy. If I could create my own world, it wouldn’t have cell phones.