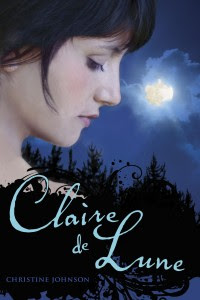 Christine Johnson is the first-time author of Claire de Lune (Simon Pulse, 2010). From the promotional copy:

Claire is having the perfect sixteenth birthday. Her pool party is a big success, and her crush keeps chatting and flirting with her as if she’s the only girl there. But that night, she discovers something that takes away all sense of normalcy: She’s a werewolf.

As Claire is initiated into the pack of female werewolves, she finds her lupine loyalty at odds with her human heart. Burdened with a dark secret and pushing the boundaries of forbidden love, she will be forced to make a choice that will change her life forever….

What were you like as a young reader, and how did that influence the novel you’re debuting this year?

As a young reader, I was voracious. The first book I remember reading all by myself, up in the little book loft in my kindergarten classroom was Mr. Brown Can Moo, Can You? by Dr. Seuss (Random House, 1970.) There might have been others I read before that, but that’s the first memory I have of picking up a mysterious rectangle-shaped thing, opening the cover, and being transported.

I was hooked. I read everything and anything I could get my hands on, including books that were well within my reading ability but way too mature for me. I read Clan of the Cave Bear by Jean Auel (Crown 1980,) in secret when I was nine. It was, um, educational.

Every night I went to sleep with the light on, and it had nothing to do with being scared of the dark. I simply read every single night until I couldn’t keep my eyes open long enough to put the book on the bedside table or turn off the lamp. 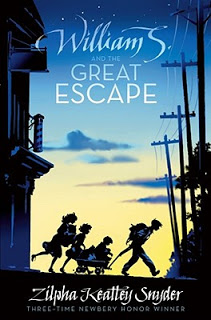 I particularly loved books that made my very active imagination race to keep up. Things like Zilpha Keatley Snyder’s books, and stories by Roald Dahl.

I am quite sure that if Harry Potter [by J.K. Rowling (1997) had come a few years earlier, I would have devoured the series and then petitioned my parents heavily for an owl.

The biggest thing that always appealed to me about paranormal novels was the way they make something look real enough to touch and magical enough to be impossible at the same time.

Add in the fact that I think that the teen years are not only a fascinating time but that – growing up – there was so little that was appropriate for me to read in that age range (when I should have been grabbing YA fiction instead of, oh, say, Stephen King), and it was only natural that something like Claire de Lune was the sort of book I would write.

I wanted to add something to the shelves that would capture the strangeness and wonder and magic of being a teen, but on a grander scale – and something like a girl who discovers she’s a werewolf had all of those ingredients and then some!

I didn’t sit down to write Claire de Lune with a list of statements I wanted to make about the world we live in or the books we read.

When I started Claire de Lune, it was really just a story I wanted to tell about a girl who was having a very specific set of problems. As I started to build the world around those problems, I found that I had begun, unwittingly, to make some social and literary commentary.

In Claire’s world, all werewolves are women – it’s a female-only species. That came about because I wanted Claire to date and fall in love with a human guy, and it initially didn’t make sense to me that she would do that. I mean, why go to the trouble when she could date another werewolf? I toyed with the whole idea of “they’re just meant for each other,” but then I thought of a more practical – and to me, interesting – solution.

If there were no male werewolves, Claire would have to date a human if she wanted to date at all. And with that, I suddenly had a very strongly woman-centric – and maybe even feminist – world in the making.

That one decision led to others. It didn’t seem logical to me that an all female species would worship a male god, so I gave them a goddess, which began some religious commentary I hadn’t originally intended for the book to make.

Once I saw those things, though, I liked them. They gave the story strength and structure and purpose – a skeleton to wrap the flesh of my plot around.

Though the idea for the story came well before the thought of any social commentary, once they were both present, they fed off of each other, cutting away bits of the book that didn’t fit and giving bulk to things that made each of them better. It was a very organic process that happened in the course of drafting and revising.