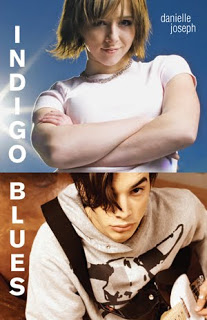 A couple of years ago, “Hey There Delilah” by the Plain White T’s was being blasted all over the airwaves. My kids and I started singing along to the song every time we heard it, like many people, I’m sure. It was a really catchy tune. The more I heard the song, the more I thought about the meaning behind it. Was Delilah a real person? And if so, did she approve?

Several weeks later, I was flipping through People Magazine and they had a short article featuring the real Delilah in it. She had never dated any of the band members, but one of the guys, Tom Higgenson, had a huge crush on her and decided to write a song about her. He knew that she had a boyfriend, but he couldn’t get her out of his mind.

This got me thinking, what if Tom and Delilah had really dated? How would they both feel after the song came out? Would he regret writing the tune? Would she miss her anonymity once the media picked up on the story? And with these thoughts, Indigo and Adam were born.

Indigo Blues (Flux, 2010), told in alternating points of view, tells the story about how they both deal with being thrust into the limelight. But it’s not only about how they deal with the fame, but also how they see things differently. Adam thought they had a meaningful relationship, Indigo thought they didn’t have much in common. In order to heal, they must communicate with each other.

Often times we don’t tell people how we really feel, and this can leave us feeling aggravated or even worse, like Adam, depressed. The only way he felt like he was able to communicate properly was through music. Music is what he knows, and he’s way more comfortable with his guitar than with people.

Indigo enjoys music but is haunted by the song “Indigo Blues” once it’s being played every which way that she turns. She is really pissed off that Adam wrote the song and trampled all over her privacy. But in order for her to move on, she has to see things through Adam’s eyes and break down the meaning behind the song. 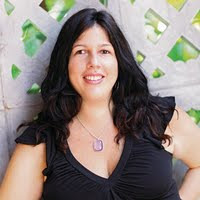 I love writing about music because two things I cannot live without are writing and music. Just like writing, music is a form of communication. There is a song for every occasion–happy, sad or in between–and the same with books. For me, Indigo Blues was about bringing these two things together.

I had a lot of fun writing this book and of course I listened to a lot of music during the whole process. If you check out the playlist on my web site, I share a few of the songs that inspired me while writing Indigo Blues.

I think every book should come with a playlist! And if I didn’t sing like a toy with a dying battery, Indigo Blues would’ve come with an iTunes version of me singing along!