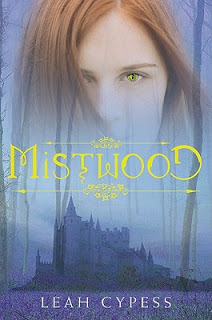 Leah Cypess is the first-time author of Mistwood (Greenwillow/HarperCollins, 2010). From the promotional copy:

The Shifter is an immortal creature bound by an ancient spell to protect the kings of Samorna. When the realm is peaceful, she retreats to the Mistwood. But when she is needed she always comes.

Prince Rokan needs Isabel to be his Shifter. He needs her ability to shift to animal form, to wind, to mist. He needs her lethal speed and superhuman strength. And he needs her loyalty–because without it, she may be his greatest threat.

Isabel knows that her prince is lying to her, but she can’t help wanting to protect him from the dangers and intrigues of the court…until a deadly truth shatters the bond between them.

Now Isabel faces a choice that threatens her loyalty, her heart…and everything she thought she knew.

I am definitely a plunger. It depends on the book, but I often start with only the vaguest idea of how the plot will come together. With Mistwood, all I had when I first put pen to paper was that first scene – a misty forest in which a supernatural creature was being hunted by men on horseback. I had no clue what would happen in chapter two.

This approach appeals to me because it’s fun. I love that creative rush when the ideas flow from my mind to my pen; I love it when my characters surprise me by taking the story in new directions. I love it when a random line of dialogue turns out to hold an important plot twist – one I didn’t know was coming when I wrote that dialogue.

I have to say that this approach isn’t terribly efficient – I often end up throwing out pages of writing that were leading me down dead ends, and I go through a lot of revision. But when I try to start with an outline, I find that once the outline is done I have no real urge to write the book.

My advice to beginning writers would be to do what works for you. I like my method (using the term “method” criminally loosely), but a lot of other writers are probably shuddering as they read it.

Experiment. Read about how other authors write – I once read in an interview with
Diana Gabaldon that she writes parts of her book out of order, and experimenting with that technique really freed up my creativity.

Don’t be afraid to make mistakes or to “waste” writing on plot threads you’re sure you’ll have to delete. You may surprise yourself. And even if you don’t, what you learn will help you write scenes you don’t have to delete. 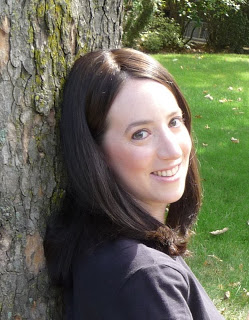 I wrote most of Mistwood before I had kids; but I started its companion book, which will be published in 2011, when my oldest daughter was about six months old.

So it’s been a bit of a challenge, though it’s a challenge I wouldn’t trade for anything.

Last summer, my toddler could be occupied for hours at the playground, my infant was still happy to lie in the stroller, and I could’ve written a perky, little post about how I took my kids to the park and sat and wrote.

But last winter, when it was below freezing outside, my younger daughter was mobile, and so my writing for the day became…sporadic.

The main thing I try to do is make sure that when my kids are asleep (by hook and crook, I can usually get an hour’s overlap between their naps), that’s writing time.

Many of my other tasks – shopping, cooking, laundry – can be done together with my kids.

The tasks might take twice as long. They might involve more frustration. But they can get done. Which means that while my kids are asleep, I can concentrate on writing.

This doesn’t always work, of course, but I try to make it my goal.

Leah Cypess has been writing since the fourth grade, but before becoming a full-time writer, she earned her law degree from Columbia Law School. She worked for two years at a large New York City law firm, then moved to Boston, where she now lives with her husband and two young children. Mistwood is her first novel.