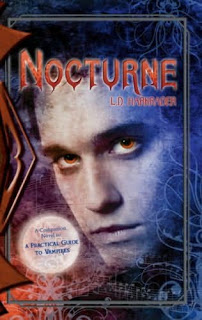 Over the past thirteen years, I’ve published eighteen books—some fiction, some nonfiction, three ghostwritten, and one picture book. But my latest book, Nocture (Mirrorstone, 2010), is a first for me.

Nocture is a young adult novel, which is new territory for a writer who’s been solidly entrenched in middle grade for most of her writing career. (In school visits, I tell kids that although I look like a forty-something year old woman on the outside, on the inside, I’m still twelve years old—and sometimes I’m a twelve-year-old boy. They think I’m joking. I’m not.)

It’s also the first time I’ve intentionally written a fantasy. Nocture is the story of Flanders Lane, a fifteen-year-old foundling who must use her long-hidden magical gifts to save her uncle and her Wicker Street neighbors when a vampire bent on revenge threatens the city. It’s set in an unnamed fantasy time period and place in the past, which may resemble 19th century London. And it was that very setting which helped me anchor the fantasy elements of the novel into believability.

My middle-grade novel Airball: My Life In Briefs (Roaring Brook, 2005, 2003) began life as a fractured fairy tale—“The Emperor’s New Clothes” retold with a modern middle-school basketball team. It was intended to be a funny realistic story, but because of the fairy tale underpinning, early drafts occasionally tread too close to fantasy to be believable.

I spent so much time hauling Airball back from the fantasy edge that when I began writing Nocturne, I found it hard to infuse the story with those very fantasy elements it needed. My main character, Flan, was born with amazing wizardly powers, but when it came time for her to cast a spell, I pulled back from the magic, afraid it wouldn’t be believable. When she encounters a woman in a decaying alleyway, I found myself reluctant to describe the woman as the creature she truly was—a troll. Again, I was afraid I was going over the top, afraid the troll wasn’t believable.

Setting isn’t just the buildings and streets and rivers and hills characters navigate during the course of a story. It’s also the way those physical features affect the characters, the history and circumstances of a place that shape the attitudes and behavior of the people who live there. To make my stories believable, I needed to create specific settings in which these particular stories could take place. 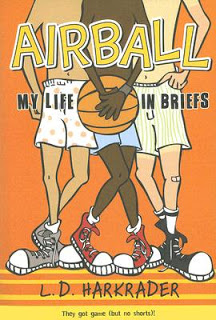 In the case of Airball, I needed to create a small town so firmly rooted in its basketball tradition that basketball players would do anything—including play ball in their underwear—to win.

For Nocture, I needed to create a neighborhood so plagued by past tragedies that the townspeople hunkered down, afraid and suspicious of anything new or different. I set the tone by cloaking the town in fog and shadows. I used specific language—carriage wheels clattering along cobblestones, time-worn dust wafting from the pages of ancient spell books, steam swirling above a teacup—to set the place firmly and realistically in my (and, I hoped, the reader’s) head. Once setting was solidly in place, I could build my story world on its steady foundation.

It’s the same writing advice I give kids during school visits: Make the real parts as concrete and true as you can so that the parts you make up will seem completely believable.