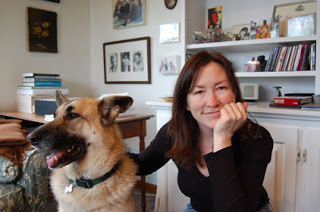 Marianne Malone is the first-time author of The Sixty-Eight Rooms (Random House, 2010). From the promotional copy:

Almost everybody who has grown up in Chicago knows about the Thorne Rooms.

Housed deep within the Art Institute of Chicago, they are a collection of sixty-eight exquisite – almost eerily realistic miniature rooms. Each of the rooms is designed in the style of a different time and place, and every detail is perfect, from the knobs on the doors to the candles in the candlesticks.

Imagine… What if, on a field trip, you discovered a key that allowed you to shrink so that you were small enough to sneak inside and explore the rooms’ secrets? What if you discovered that others had done so before you? And that someone had left something important behind?

Ruthie Stewart and Jack Tucker are best friends in sixth grade. Ruthie has the feeling that nothing exciting ever happens in her life, while Jack experiences every day as an adventure.

The Sixty-Eight Rooms is the story of an adventure they have together. It starts with a field trip and ends with…well, Ruthie will never say “nothing exciting ever happens” again!

If you love fantasy and adventure and magic, with a little mystery-solving thrown in, The Sixty-Eight Rooms will be a book you can’t put down.

What is it like to be a debut author in 2010? What do you love about it? What are the challenges? What came as the biggest surprise? In each case, why?

I agree with people who say we are at a sea-change moment in the world; I don’t know where we are in the process, and maybe its my age, but it appears the world of my childhood is fading.

Here I sit at my computer, (really, so small!) with constant notifications coming in from gmail, facebook, news sources. I can Skype anywhere in the world. My cell phone can ring, vibrate, bring me a text or an image. This is 2010, and it has arrived with dizzying speed. My book is about none of it, although my characters use cell phones and computers.

Of course, all of these technologies have affected how a book gets published, launched and publicized; this very blog a case in point.

When I sat down to write this – my first – book, I considered nothing about what would happen to it after I wrote it. Perhaps I was naive, or blissfully ignorant. I was teaching art at the time (in a wonderful school for girls), and I simply hoped that some of my students would like the book, maybe it could be published, and some other kids would like it as well. I thought a lot about what sort of books I loved as a child and what books my own three children were attached to.

It didn’t occur to me that a whole army of adults, professionals in the field, would have to join in and support my book, that the book would be posted on blogs and websites and links could be sent in a millisecond. I think not knowing all this was liberating. And I think what came as the biggest surprise was discovering just how big a production it is to get a book out there.

Writing the sequel has presented a different set of challenges because now I am older and wiser. But fortunately, my wonderful editor, Shana Corey, and everyone I’ve worked with at Random House have been great guides for me. It also feels as though the main characters in the story are also there with me, so I am not alone.

I suppose what I love most about publishing at this moment has something to do with the kind of book I am publishing. One might call it “old-fashioned.” But after teaching for over a decade (in grades fifth through eighth), I discovered that even as times change (and texting and facebook entered the classroom!) kids don’t really change. At least the younger ones.

The books that I loved, growing up in the sixties, are still beloved. The classics work. Charlotte’s Web by E.B. White (HarperCollins, 1952) and From The Mixed-up Files of Mrs. Basil E. Frankweiler by E.L. Konigsburg (Atheneum, 1968) remain popular.

As a teacher, a parent, and now a writer, I enjoy the responsibility we have to children, to offer stories that engage their imaginations, to offer characters they can relate to. It’s that generative process of passing something good on to our children. So even as the world changes so fast we could lose our balance, we don’t let them fall.

Oh, and I’m surprised that there is a Kindle version of my book – they didn’t even exist when I started writing!

As a contemporary fiction writer, how did you find the voice of your first person protagonist? Did you do character exercises? Did you make an effort to listen to how young people talk? Did you simple free your inner kid or adolescent? And if it seemed to come by magic how would you suggest others tap into that power in their own writing? 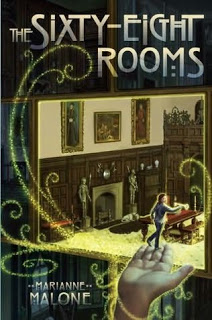 Yes, it certainly seems like magic, the creative process! Even though I’ve written a story with two main characters, Ruthie and Jack, who are best friends, the story is told from Ruthie’s point of view.

I think, ultimately, that Ruthie is some version of me in sixth grade. She yearns to live in a more interesting apartment, without having to share a room with her sister.

The theme of place resonates with many people, and I discovered this to hold true even among my young students. They would decorate their “cubbies” (instead of lockers) as small interiors, or themed spaces. It was delightful.

When describing Ruthie’s frame of mind throughout the story, I knew young readers would relate.

I can’t say I did character exercises or anything so systematic. However, I have a daughter who has done quite a bit of improv acting who has explained the process to me; I think my writing process has a lot in common with that.

Basically, you find yourself in a situation, you accept the premise, and then you must respond in character. In order to do that one must, of course, be able to empathize – get out of oneself to portray other characters and let their personalities exist.

The language that my characters use – I hope – will be familiar to readers. Having taught for over a decade means I can hear how kids speak; it is certainly not a foreign language to me.

To some extent, I do tap into my inner sixth grader when I’m writing. But the individual personality of all the characters in the book has to shine through, so I have to tap into them as well!

It all comes from your own head, in the end, so the mystery of how one’s subconscious organizes the conscious self is the key.

In fact, the entire story appeared in my head after taking a nap. I can’t say I dreamed it exactly, but the characters and the main arch of the story simply arrived, like a package on the doorstep!

When I was an art teacher, I used to divide the course into two parts: skill acquisition and creativity building. The latter was the trickier, even though the students believed that was the fun part. I used to give them materials – often found objects that were not traditional art materials – and have them make anything. The only requirement was that it not look like the object they started with.

The idea of making something out of nothing is so useful (and I will get on my soapbox about arts education now); creativity is problem solving in its most basic form. Without it, we don’t go to the moon, invent antibiotics, and write books!

Everyone must find their own way into the creative process. I’ve heard of writers who set an alarm for 3 a.m., wake up, write for a few hours, then go back to bed. Some can only write in the evening, others can only work in total silence, etc.

I realized late in life that I have stories and characters floating around in my head all the time.

Sadly, something about the education I had made me not like writing until well after leaving formal schooling. Only then did the activity of writing became pleasurable to me. The freedom to put into words a world that is of my own making, filled with characters I have created, brings immense satisfaction.

On a practical note, I never finish a writing session without making notes about how the next session will start. I don’t necessarily follow the notes precisely, but for me, it alleviates the fear of writers block; I’ve left myself a little gift for the next day.