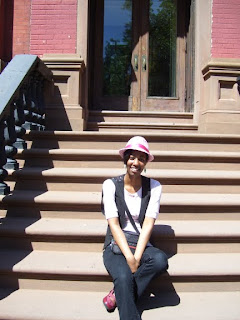 Dia Reeves is the first-time author of Bleeding Violet (Simon Pulse, 2010). From the promotional copy:

Love can be a dangerous thing….

Hanna simply wants to be loved. With a head plagued by hallucinations, a medicine cabinet full of pills, and a closet stuffed with frilly, violet dresses, Hanna’s tired of being the outcast, the weird girl, the freak. So she runs away to Portero, Texas in search of a new home.

But Portero is a stranger town than Hanna expects. As she tries to make a place for herself, she discovers dark secrets that would terrify any normal soul.

Good thing for Hanna, she’s far from normal. As this crazy girl meets an even crazier town, only two things are certain: Anything can happen and no one is safe.

Before I ever sat down to write Bleeding Violet, I knew that the main character hallucinated, but I didn’t know what mental illness caused hallucinations, and so I had to do some research.

When I discovered that people with bipolar can hallucinate (especially during manic episodes), that’s the illness I went with. It was the illness itself that shaped most of Hanna’s personality: recklessness, impaired judgment, hypersexuality, delusions, and thoughts of suicide.

I know a lot of people are offended by Hanna’s behavior and don’t feel that she’s an appropriate role model or simply can’t relate to her because her experiences and point of view are so out of the norm.

When I wrote her character, I never intended that Hanna should be the guiding example of what a teenager should be. I’m not interested in writing about saintly paragons of virtue, nor am I interested in writing about “normal” teenagers. I prefer abnormal teenagers, the ones on the fringe, the ones who don’t think or operate the way “normal” people do.

That’s why I had so much fun writing Bleeding Violet; with Hanna being an unusual type of character (certainly an underrepresented character), what built up around her was, correspondingly, an unusual story.

I wish everyone could experience the creative freedom that comes with upsetting the status quo; there are no words for it. 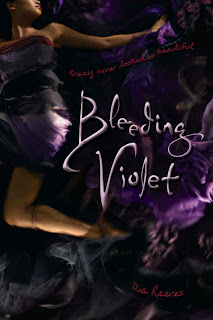 I knew I wanted to write about East Texas; there’s something romantic and fairytale-ish about huge forests.

Also, when people think of Texas, they tend to imagine flat, dusty plains and tumbleweeds. I wanted people to know that the geography of Texas is much more varied than that.

But what gives the imaginary town of Portero its otherwordly vibe is less the town itself but rather its townspeople: their matter-of-fact outlook on death, how they value bravery above almost anything else, their high tolerance for weirdness.

Porterenes have their own rituals and styles of dress and modes of behavior all centered around the fact that they live side by side with monsters. So the world building grew out of character; for me, characters inform everything.

Dia Reeves is a librarian and lives in a suburb of Dallas, Texas. Her family, however, hails from East Texas. Bleeding Violet is her first novel.