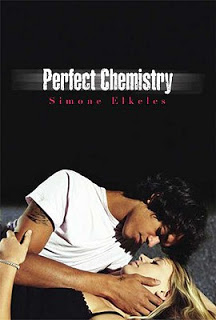 My first two book trailers were simple – they had music and words and pictures. For Perfect Chemistry (Walker, 2008), I wanted to do something totally different and unique. I wanted the book trailer to stand out.

Then I thought about the television show “The Fresh Prince of Bel Air.” I loved the rap that Will Smith did in the beginning. I thought it would be hilarious to do a parody rap video as the book trailer.

I hired a director, and we actually held auditions with actors to do the rap. It was super fun to help write the rap (the most inappropriate parts are mostly written by me, I’m sorry to say) and to be there for the taping. I loved doing it.

Some fans hate the rap (they might not get that it’s a parody), and some think it’s hilarious and have downloaded it to their iPods. It definitely got attention! 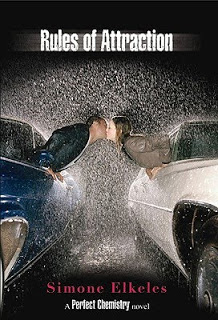 I called Pete Jones, a friend and writer/director whose screenplay “Hall Pass” is currently being filmed with Owen Wilson and Bill Murray and being directed by the Farrelly Brothers. I told Pete I wanted him to direct a “movie trailer/book trailer,” and he said he’d do it.

Pete hooked me up with producer Pat Peach and Ron Rothstein with Spotlight Films in California, who did an amazing job of auditioning actors, scouting locations, helping me write the script, editing the trailer…they did it all and more!

Each audition was emailed to me, so I was a part of the audition process even though I live in Chicago.

After hiring actor Giancarlo Vidrio to play the lead high school bad boy Carlos Fuentes (I knew my fans would love him) and Catesby Bernstein to play the lead heroine Kiara Westford, I still needed to find “my Alex.”

It was a cameo role –Alex is the sexy and hot hero in Perfect Chemistry and Carlos’s brother. I knew I couldn’t settle for anyone less than “perfect.”

My fans are obsessed with my Latino hero Alejandro “Alex” Fuentes. They get tattoos with Alex’s name because they’re so obsessed. I knew I couldn’t let my fans down…I needed to give my readers an Alex Fuentes that fed the fantasy of who Alex is in the book.

As I was watching the auditions and the filming date grew closer, I told Pat Peach that nobody who’d auditioned filled the bill to play Alex.

He said, if I could have any actor in the world to play Alex, who would it be?

Both Pete and Pat told me it was a long shot. I got Alexander’s email address and emailed him. To make a long story short, I told him I couldn’t imagine anyone else making my character Alex come alive for the book trailer.

To my complete and utter shock (yes, my jaw actually dropped), Alexander emailed me back and said it sounded like fun and he was on board for the cameo role.

I flew out to California for the filming, and I felt like a teenager again seeing the heroes I created come to life. To see my characters exactly how I imagined them was surreal and wonderful and crazy and…and I got so emotional when it was over and Pete Jones called “that’s a wrap!” I started crying.

Of course when Pete looked over at me and saw tears running down my cheeks, he laughed and said, “Stop it, Simone. There is no crying in Hollywood.”

I couldn’t help it…it’s no accident I write romance novels!