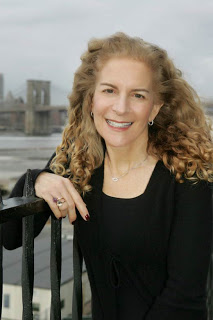 Vicki Oransky Wittenstein is the first time author of Planet Hunter: Geoff Marcy and the Search for Other Earths (Boyds Mills, 2010). From the promotional copy:

He has discovered more planets than anyone in history.

In this inspiring true story, Geoff Marcy’s love of space helped him overcome struggles in his studies until finally he became an astronomer.

Since 1995, he and his colleagues have discovered nearly half of the 380 known “extrasolar” planets.

Stunning paintings transport the reader to the exotic worlds that he and others have found.

Thanks, Cynthia, for giving me the opportunity to talk about Planet Hunter: Geoff Marcy and the Search for Other Earths. I’m still pinching myself over the book’s release and the reviews!

As a child, my eyes glazed over after reading about two sentences of a science book. I certainly didn’t want that to be the case with my book! So, my greatest challenge in writing a middle grade astronomy book was to find a way to hook kids on the science behind planet hunting.

How could I make the material more accessible to young readers and get them as excited about planet hunting as I was? 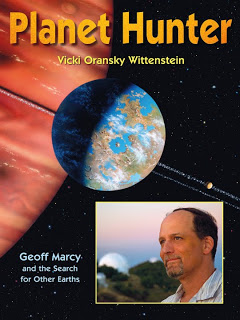 One of the ways I chose was to focus on Geoff Marcy, the astronomer in my book. Marcy is not only a famous planet hunter, but has a compelling life story.

As a child and young adult, studying did not come easily. Even as an astronomer, he struggled to overcome self doubt and to put his career on track.

It wasn’t until he went back to the questions that excited him as a boy that he was able to find direction and success. Are we alone? Are there other Earth-like planets? These questions still inspire him today.

Marcy’s life and personal struggles added human interest to the book, and gave the science a context that readers can latch onto.

I also wrote the book as if the reader were in the telescope control room, “sitting” beside Marcy. In this way, readers watch an evening of planet hunting unfold in real time. Through Marcy’s actions, the science is naturally absorbed and more readily understood.

This vantage point, though, also turned out to be challenging. With only 48 pages, discussing Marcy’s life and the science didn’t leave much space for many scenes with Marcy manning the telescope. As with all nonfiction, I had to figure out the proper balance.

Right from the start, I focused my research on interviewing other experts in the field. Again, I wanted young people to learn by reading what real scientists think and do.

Also, talking to experts helped my own understanding. I am not a scientist (I was an Assistant District Attorney in my “first” life), so many of the science concepts were hard to grasp. Finding a group of experts to explain the key ideas was critical.

What was helpful, too, was building relationships that might be useful in researching other science books, as well. 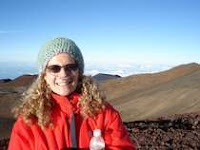 My greatest coup was getting an invitation from Marcy to watch him planet hunt at the W. M. Keck Observatory on the Big Island of Hawaii. The observatory sits on the summit of Mauna Kea, a dormant volcano, about 14,000 feet above sea level. It’s freezing cold up there, and the air is so thin that I had to use oxygen to help me breathe.

[Photo of Vicki at the Keck Observatory (with oxygen plugged into her nose!) by Sarah Anderson.]

But the mystery and magic of this remote spot is intoxicating. I was completely captivated by exploring the universe in such close proximity to the heavens. So, using the Keck Observatory as the main setting in the book seemed perfect.

Marcy couldn’t have been more gracious – he patiently (and slowly!) taught me the important concepts. He also continued to be available for the (many!) questions I had during the following year, as I wrote and revised the book. 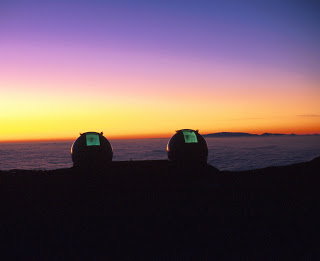 [Photo of the two observatory domes at sunset by the W. M. Keck Observatory.]

As a child, I loved camping. At night, I gazed at the stars and wondered if there was life beyond Earth. The possibility of alien life is thrilling! As Marcy says, the ramifications are huge – advanced civilizations may one day influence our arts, music, and literature. Who knows? Seeing ourselves as “Earthlings” might even promote peace and understanding between all the countries and people on our planet.

The market is saturated with books that depict aliens as funny-looking creatures, or focus on U.F.O.s, but few books discuss the science behind detecting Earth-like planets, the planets astronomers think have the greatest possibility for life. I wanted to teach the concepts—as opposed to the sci-fi—behind planet hunting.

My hope is that another generation of young people will become fascinated with space. Perhaps they, like Marcy, will one day search for life beyond the stars. 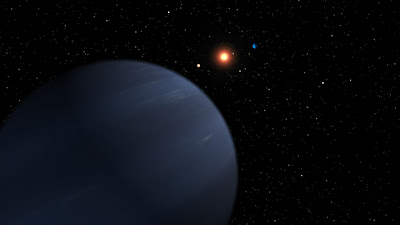 [Artist rendition of the star 55 Cancri and orbiting planets is NASA/JPL-Caltech.]