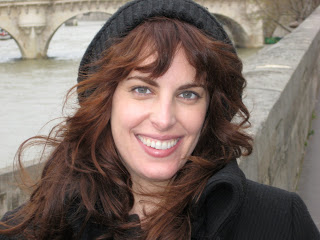 “I love to sculpt, travel, and spend time with my husband, who is also a writer by the name of Liel Leibovitz, and my puppy, Molly Dog Leibovitz. We all live in New York City.”

Insatiable. My mom took us to the library every week, and every week I would check out the maximum number of books allowed.

I couldn’t pull myself out of my books–I read past my bedtime, my little sister was forever begging me to put down whatever book I had my nose buried in and play with her, and I even mastered a Ziploc-baggie-waterproofing system so I could read in the shower.

I think teens are the coolest audience. They’re so receptive and eager for new books. Plus, they’re really open to experimentation, to exploration. They’re just the best.

I love that teen characters are going through the hardest and most dramatic growing-up process that we undergo as people. Teens are figuring out who they are, who they want to be, and what they want to do with their lives–what makes for better fodder, better drama than that?

On my path to publication, I was extremely and rather incredibly fortunate. When I had completed my first manuscript, I sent it to a handful of agents.

All of them passed but one–a young woman from the Charlotte Sheedy Literary Agency who was just starting to build her own list. She told me that if I did some revisions, she’d represent me. You can guess that I immediately sat down and began fixing the manuscript. This woman left the agency, but I’m now represented by a wonderful kindred spirit, Meredith Kaffel.

At any rate, when my agent sent out the manuscript to a few editors, most passed, but one, happily connected to my story and offered for it. It was such a magnificent, thrilling day!

Being an editor, I think, has really helped me to develop my sense of when a story is working, when it’s not, why it’s not, and how to fix it. And most importantly, how to appreciate–and actually, crave–an editor’s touch.

Congratulations on your latest release, Map of the Known World (Scholastic, 2009)! Could you tell us a little about the book? 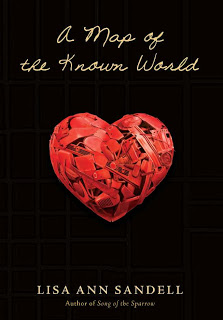 A Map of the Known World tells the story of 14-year-old Cora, who is just beginning high school and who is also going through a mourning process for the death of her older brother Nate.

Cora is an artist, and she dreams of running away from her small town and her parents’ suffocating grief.

When she discovers that her brother was also an artist, with the help of his best friend and fellow bad boy, Damian, Cora realizes that the best way to remember Nate and to stay connected to him is through her own artwork and remember what she loves about her hometown.

Cora just sort of popped into my head one day. I was visiting my in-laws in Tel Aviv, and I remember I was sitting on the couch in their living room, and all of a sudden, poof, there she was, pretty much fully formed. She drew maps and longed to get out of her tiny hometown, and her older brother had died. My grandmother, with whom I was very close, had died a few months earlier, and I am still mourning her. I think that her passing was definitely a trigger.

My first book, The Weight of the Sky, took about 7-1/2 years to manifest itself as a finished first draft. There was a lot of foot-dragging and not concentrating. All together, from initial spark to publication, though, it took around nine years!

Song of the Sparrow was pretty quick. I did the research in about four or five months, wrote it in about six months, and it was published about a year later. This one was so much fun to write.

A Map of the Known World was on the quicker side too. I think it took me about two years to think of it, write it, and see it published.

A Map of the Known World was a tough book for me. I really didn’t want to write a book about grieving and death. But I really felt compelled to tell this story, so I just plugged away at it. I think I had some kind of psychological or emotional block, though–I didn’t want to keep being reminded of my own loss. I tempered this with the romance, which was very fun to write!

I’m absolutely fascinated by the cover art! Could you tell us how it developed? Did you have any input into the process?

The cover art is really amazing. The art director, Elizabeth Parisi, came up with this concept; I can’t take any credit for it. She knew of this artist, Leo Sewell, who does amazing found art sculpture (you should check out his web site–it’s incredible), and had seen one of his pieces, a giant red apple. She got his permission to photograph a segment of this apple, and then had another artist, Tim O’Brien, paint the heart, using the photo of the apple as a basis. It’s so cool, right?

Your publications also include a short story, “See Me,” which was included in the anthology 21 Proms, edited by David Levithan and Daniel Ehrenhaft (Scholastic, 2007). Could you tell us about that book?

Writing “See Me” was really fun, and a big change for me. I don’t enjoy writing short stories as much as I do writing novels, but for this, I just thought about the opposite of my prom experience, which was so boringly typical, I could die. And I wrote that story. I loved writing a prom story about not going.

I email with my readers, connect on Twitter and Facebook. Whenever someone writes to me, whether by email or snail mail, I always write back.

I love hearing from my readers–it’s truly the most amazing part of doing this job.

Looking back, if you could talk to your beginner-writer self, what advice would you give her?

Be disciplined, get into a habit of writing every day, be prepared to sit down in a chair, not talk to anyone, open my mind, and just do the work. Also, read as much and as widely as possible.

So far what are your favorite YA novels of 2010 and why?

Well, one of my favorite books of last year was Catching Fire by Suzanne Collins (Scholastic, 2009), and now I’m waiting on pins and needles for Mockingjay (Scholastic, Aug. 24, 2010). I cannot wait! 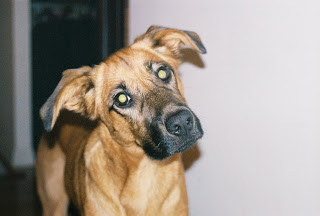 My whole world is wrapped up in books. During the day I work as a book editor.

But on the nights when I’m not reading, editing, or writing, I sculpt and ride my bike and listen to music and go to plays and travel and hang out with my husband and friends and pup.

Cynthia, thank you so much for having me as a guest on your blog! I read Tantalize (Candlewick, 2007, 2008), which you were gracious enough to sign for me, and I loved it. Thanks again!