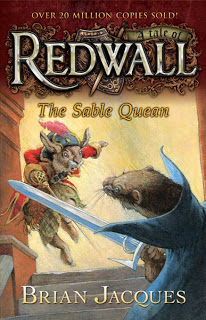 Andrew Harwell is an editorial assistant at Dutton Children’s Books, a division of the Penguin Young Readers Group.

I loved big, sweeping books, especially the classics. I remember running around my school playground with Robinson Crusoe [by Daniel Defoe (1719)] and Wuthering Heights [by Emily Brontë (1847)] tucked under my arm.

Then I discovered the Redwall series (1986-2010), which – when I realized that so many massive books followed some of the same characters –seemed the most sweeping adventure of all. I quickly became hooked on series fantasy.

How did you come to make children’s-YA literature a career focus?

It may not be surprising after that last question that I ended up studying the classics in college. German philosophy, world literature – not what you’d call “light” reading.

Whenever I had a spare moment, I always gravitated towards the kids’ section of bookstores because that’s where all the fun books were.

Then, I began to realize that the children’s and YA books I loved so much were tackling some of the same questions as those big, heady books I was studying, only the YA books were making those questions accessible for a new generation.

In that vital capability (and in the fun of it, too!), I saw a dream career, and here I am today.

What does an editorial assistant do?

In many ways, publishing is something you can only learn by doing.

I often think of being an editorial assistant as being an editorial apprentice. I get to work with authors on manuscripts and hunt for illustrators for picture books, and I get to do a lot of copy-writing, too, but at the same time, I get to see and assist other editors’ processes firsthand.

Everyone has a slightly different method of doing things, and I love getting to see multiple editorial approaches even as I work on my own.

Lots of reading, lots of writing, lots of e-mails, and a few meetings. That might sound like a workday at any number of jobs, but the difference is all my brain-power is going towards making good books better. So even when I’m at my desk for hours at a time, my mind might be in a totally make-believe world or even – gulp – back in high school.

What do you love about your job?

I love working with people who care about books. A single person’s passion can go a long way, and it is endlessly rejuvenating to work in a field where many such passionate people are working for something we all agree matters.

We start working on books long before they’re ever in stores, and we continue to keep up with them long after they hit shelves. Sometimes, I forget what year I’m actually in! It’s terribly confusing.

Dutton is one of the oldest continually operating children’s book publishers in the United States, and it is such an honor to be a part of that tradition. 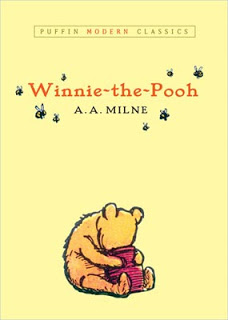 From Winnie-the-Pooh and Judy Blume to Ellen Raskin and Jean Craighead George, Dutton has published some truly incredible books over the years, and I love having names like those to look up to when I’m considering a potential project or working with an author to make our new books stand the same test of time.

Do you have any advice for writers submitting their manuscripts for consideration?

Remember: a strong concept might catch our attention, but we’re still looking for a complete, well-written story.

Take your time and make sure that epiphanous idea is supported by strong characters who grow and change.

It can seem tempting to jump on hot trends when you’re looking to get published, but there will always be room in the marketplace for well-told, satisfying stories, and those are the ones that stand the test of time.

Could you highlight just a few of the recent/upcoming books from the list? 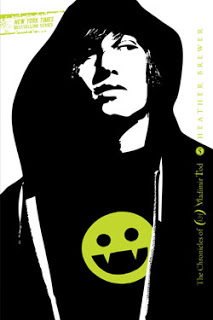 This fall, we’re launching the first in an exciting new trilogy called Matched [by Allyson Condie] that is going to take young readers by storm.

And also coming fall 2010, the anxiously awaited finale to The Chronicles of Vladimir Tod series [by Heather Brewer], Twelfth Grade Kills. It’s going to be an epic year.

Everyone’s speculating about the future of publishing, especially with regard to e-books. What do you see in the crystal ball?

Publishers do so very much for books. We are gatekeepers, yes, and distributors, too, but we are also value-adders and scale-amplifiers, and I see those roles remaining important even in new media.