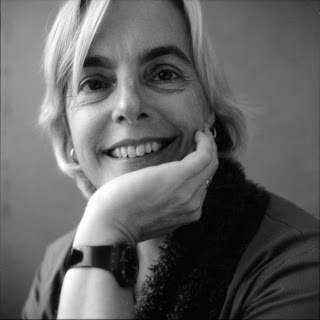 Thank you so much for having me on your blog, Cynthia—I’m a regular reader and it’s an honour to be here!

I thought I’d talk today about short stories and novels, seeing I’ve so recently rediscovered that I can write novels, after a long affair with the short form.

I do love short stories; they involve so much less angst than novels. You can pick up an idea, run it up to just before the climax one day, and finish it off the next. You can play, with a short story, so much more freely and easily than you can with a novel idea; you can push an idea until it breaks, and then it’s okay to discard the bits; you don’t have to put it through massive rehabilitation to keep the project , and your spirits, afloat.

Short stories stay still. You can keep an eye on all their dangly bits and possibilities at once. You can whip them into shape, drag yourself back to the very instant–the very half-sentence, the very word–where you went off-track and proceed from there. You can write a replacement in a few days. You can rewrite an idea from scratch, from a different point of view, with a completely different atmosphere and outcome, so quickly!

Short stories are intense; you can afford to be really concentrated with the language games you play. You can slow your reader down to poetry-pace if you want to, and reward their slow-going with shiny things, with a slow reveal littered with subtle clues, or a last image that echoes with everything you set up to vibrate and hum over the last 20 pages.

Some readers find my novel Tender Morsels (Knopf, 2008, 2010) intense. Some think that it’s my first novel (it’s my…umpteenth) and that I still haven’t really got the knack of the longer form. But I like my novels intense, too.

When I’m reading, I like a novel to drag me through the mud and the spiny bushes and leave me gasping to catch up, drunk with the sensations it’s put me through. 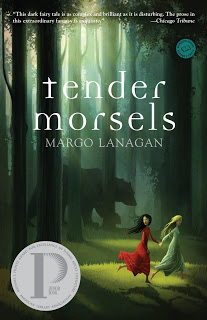 It won’t surprise those readers to know that I first drafted Tender Morsels in the form of short stories. I was undergoing a crisis of confidence about writing novels; two novels and a junior fiction quartet had crashed and burned before my very eyes, and I needed to find a way to write long without terrifying myself.

So I chose an existing skeleton for my story (a mash-up of Caroline Stahl’s “The Ungrateful Dwarf” and the Grimms’ “Snow White and Rose Red,” which is a re-make of Stahl’s story), and I wrote what I told myself were short stories towards it; as long as each story veered towards the original and touched it at some point, I was satisfied.

All the re-sculpting and joining up and smoothing over could happen later on. It did, and there was a lot of it; there were two substantial rewrites and so much redrafting of scenes, I can’t tell you—but at first I told myself that didn’t matter.

Just play, Margo; don’t frighten yourself; just enjoy one story after another; don’t worry about stitching them together yet.

I’m working on another novel now, and I can see that with the completion of Tender Morsels I’ve gathered some confidence. This latest one, instead of starting as an unlimited pile of short stories, is built of three novellas. The calmer pace, the longer rhythms, the stretching and collapsing of story-time—they’re all coming easier now. This time, I don’t have to stick so closely to short-form rules to ease myself into the larger task.

But when I go back to a short story, it’s clear to me what I’m cutting away. In a novel, I can afford to muse and elaborate; in a short story, every word is a clue, every glance a plot point.

The short story and the novel—they’re different beasts.

You front up to the short story with your chair and your whip, full of bravado and sharp commands.

You live with a novel a long time, observing its habits and inclinations, letting it rest now and then, trying different strategies, learning to trust yourself with it, trying not to get in its way but still maintaining control. I love the novel; you can go so many places with it! It’s so roomy and exploratory!

I love them both. They stretch different writing muscles, but the impulse behind them is the same: to let the audience see the wildness, the darkness, the danger of story, without anyone getting hurt.

Enter to win one of three paperback copies of Tender Morsels! To enter the giveaway, email me (scroll and click envelope) with your name and snail/street mail address and type “Tender Morsels” in the subject line. Facebook, JacketFlap, MySpace, and Twitter readers are welcome to just privately message me with the title in the header or comment on this round-up; I’ll write you for contact information, if you win. One copy will be reserved for a teacher/librarian/university professor of youth literature (please indicate affiliation in the body of your entry message); the other two will go to any Cynsations readers. Deadline: midnight CST March 28. Note: U.S. entries only.

Photo of Margo by Adrian Cook.

Learn more about Margo and her writing at:

March 22: Through A Glass, Darkly

Margo’s Blog: Among Amid While