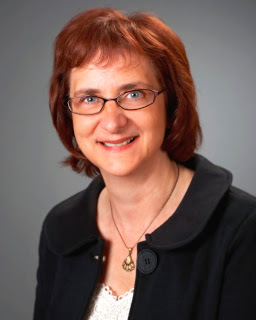 Kathi Baron is the first-time author of Shattered (WestSideBooks, 2009); visit Kathi at Blogger. From the promotional copy:

Teen violin prodigy Cassie has been tiptoeing around her father, whose moods have become increasingly explosive. After he destroys her beloved and valuable violin in a sudden rage, Cassie, shocked, runs away, eventually seeking refuge in a homeless shelter.

She later learns that her father, a former violinist, was physically beaten as a child by her grandfather, a painful secret he’s kept hidden from his family and the cause of his violent outbursts.

With all of their lives shattered in some way, Cassie’s family must struggle to repair their broken relationships.

As Cassie moves forward, she ultimately finds a way to help others, having developed compassion through her own painful experiences.

Written in lyrical prose, Shattered tells the moving story of how one girl finds inner strength through music.

Looking back, were you surprised to debut in 2009, or did that seem inevitable? How long was your journey, what were the significant events, and how did you keep the faith?

Yes, I’m surprised! My journey to this book has been 13 years long. I woke up on my fortieth birthday in May 1996 crying because I had not yet focused on my writing.

My husband, who is a psychiatrist, responded with, “Then, write.”

Before Shattered, I wrote two novels, five short stories, two picture books, many, many poems and a non-fiction essay. I’ve submitted all of these pieces over the years…to publishers, contests, and literary journals. One of my short stories received an honorable mention in a writing contest. It was supposed to be published in an anthology for young adults, but the publisher changed her mind and never published the collection of stories by contest winners.

So even though Shattered is the only thing I’ve published so far, it was all fruitful work. Each piece offered me opportunities to learn about pacing, page turning, plot, point of view, tense, and dialogue.

I’ve been afraid to count my rejections because there are so many! The most memorable is one from an agent I received on my second novel. He was brutally honest, harsh.

I cried reading it and thought of giving up. But playing with words and figuring out plots, discovering characters and researching things gives me so much joy that not writing anymore wasn’t an option. Instead, I decided I didn’t have enough skill to match the stories in my head. 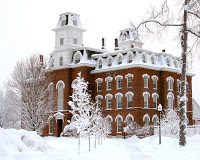 In 2002, I applied to the Vermont College MFA Program in Writing for Children and Young Adults.

There I learned how reading and critique could support my writing. In the role of apprentice, I tried to take in everything from my mentors.

Louise Hawes supported me to find the courage to write a story on domestic violence. She had me do “freewrites”—short pieces on whatever comes to mind. This is now an integral part of my process.

Sharon Darrow taught me to look for spaces in my text where I could go deeper emotionally.

From Kathi Appelt, I learned that working at poetry improves a sentence.

Tim Wynne-Jones helped me to not run from conflict, teaching how it’s “the engine” of story.

When the novel I wrote at Vermont didn’t sell, one of my classmates, Angela Morrison invited me to partner with her on a revision. I started over. For six months, we swapped manuscripts.

I almost didn’t submit it because I didn’t want to deal with rejection, but she pushed me to do so. I was completely ecstatic when not only did an offer come in from WestSide Books, but within three weeks, Angela sold her young adult novel, Taken by Storm (Razorbill, 2009).

Yet I didn’t believe my book would get published until I held it in my two writing hands this past summer.

I keep the faith through connection with other writers—through SCBWI, 1:1 and group critiques, and an “Artist’s Way” group.

I also pray for guidance to do my best work. I’m always on the look-out for inspiration; from other artists, nature, children, craft books, and baseball.

Finally, it’s easier to revise if I think of myself as an advocate of my main character, focusing on my belief in their story and in wanting to share it. If I’m focused only on trying to get published, then revision feels like pure drudgery. But if I believe in a story, my passion kicks in and being creative is playful. In the end, better writing prevails. 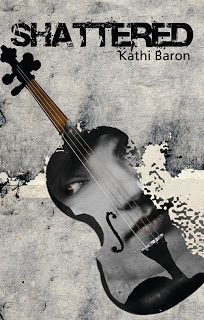 In the fall of 2007, Vermont College emailed a letter from Evelyn Fazio at WestSide Books to alumni. It arrived shortly after I had finished my young adult novel, Shattered.

Evelyn’s note explained that WestSide Books was a new publisher of young adult fiction. She described the kind of manuscripts they were looking for: edgy novels reflecting real problems that teens face, including abuse.

She had just signed a Vermont College grad and was publishing her debut novel: Between Us Baxters by Bethany Hegedus (WestSide Books, 2009). Evelyn was very impressed with Bethany’s work and was writing to invite other graduates of the program to submit manuscripts.

I was in the program at the same time as Bethany and had heard her read her various pieces of work at student reading nights. I loved her work and thought it would be a dream to follow in her footsteps.

I also remember thinking that my manuscript was a good fit with Evelyn’s description. But instead of getting busy and following the submission guidelines, I made the decision not to submit my manuscript.

I know it doesn’t make sense, but at that time my son was struggling with a number of health complications as a result of going through six months of chemotherapy. He’s well now, but to me, there is nothing worse than seeing a child suffer. So my spirits were not exactly up and my faith was waning. I didn’t feel up for rejection, and I wasn’t in a place to hope for a sale.

Fortunately, when Angela Morrison heard my decision, she said something like, “Are you crazy?! Yours is perfect for WestSide! Submit. Today.” I have always been grateful for her kind words, and that I had enough sense to take her advice.

Evelyn called me in January 2008 and made me an offer.

What a gift to start the New Year by selling art!

Not only did I discover that Shattered is, in fact, a good fit with WestSide, but working with Evelyn is wonderful. During the revision process, it seemed she knew my main character even better than I did. She is fiercely loyal to readers, wanting everything to be clear and true.

Shattered is about intergenerational child abuse, which means the story not only is Cassie’s (the main character), but also her dad’s, and his dad’s, too. It was difficult for me to keep focused on Cassie’s story, while also telling her dad’s and grandfather’s.

Evelyn guided me to tell the tale of all three generations of this family without taking the focus off of Cassie. This is something I struggled with for many years. It was rewarding to get her help and to have it turn out as I had hoped.

I had submitted a previous version to 15 publishers and nothing worked out. While I was in the process of yet another revison, WestSide Books was born and eventually contact was made with Vermont College graduates via Bethany.

For me, it was a lesson in resilience. So much of the writing life is finding a way to keep going during long periods of hearing nothing and hearing a lot of “no.”

It becomes important to find ways to keep your spirits up, and especially to have supportive people in your life so you can be open to risk. You never know when your “yes” moment will happen.

Fortunately, because of Angela’s kindness, I didn’t miss mine.