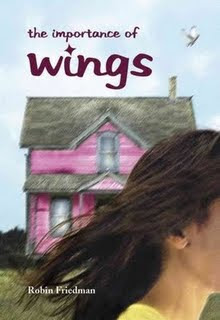 Sandwiched between 80 million baby boomers and the 78 million members of Generation Y (who are also called millennials), Generation X—roughly defined as anyone born between 1965 and 1980—has just 46 million members, condemning it by numbers alone to demographic insignificance.

It’s my generation, defined as much by Pac-Man, Cabbage Patch Kids, Atari, and “Dynasty” as the Cold War, John Hughes movies, and Boy George.

We are the generation that graduated from college just in time for a recession, watched our parents get divorced and get laid off (or work so much that we became latchkey kids), and witnessed a selfish phase of the 1980s that we don’t want to repeat.

This bleak inheritance labeled us, but our legacy isn’t gloom and doom; on the contrary, we’re resilient, independent, and pragmatic. We gave the world the gifts of Google, YouTube, and Amazon.

Few of us can resist the pull of our early days, and authors are no exception. In fact, mining the rich veins of our childhoods—often useful, always embarrassing—is something of a specialty for writers. 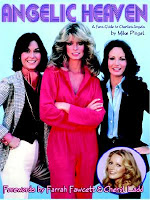 So, after three novels for young readers with boys as main characters, I decided to write The Importance of Wings (Charlesbridge, 2009), a novel about Roxanne, a thirteen-year-old girl, born in Israel, growing up on Staten Island in the 1980s. She hates gym, watches too much TV, and can’t get her hair to do what everybody else’s hair is doing; that is, feathering into a set of perfect wings (another ’80s phenomenon and the meaning behind the title).

Plunging into the depths of my adolescence was both fun and horrifying. Here’s how I used the decade of Michael Jackson‘s moonwalk and Farrah Fawcett‘s feathered hairdo as the background for my story.

Television dominated my decade. With no Internet—no surfing, no emailing, no texting, no blogging, no tweeting—no DVDs and little cable, most of us watched broadcast TV on a handful of networks. Quaint, isn’t it? Take away the remote (necessitating an actual walk to the tube to change the channel), and you have the electronic equivalent of the Dark Ages.

In fact, because of the absence of all the entertainment niches we have today, many of us watched the same shows, leading some experts to call Generation X the last to have a “national culture.” 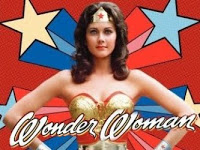 Television is certainly a nice reference of pop culture for any novel set in the past. For my main character, it’s an obsessive passion. Her favorites are “Wonder Woman,” “Super Friends,” “Little House on the Prairie,” and “The Brady Bunch.” And she does watch “The Smurfs,” too.

When I was a teen, the grand summit of style was squeezing into tighter-than-spandex designer jeans by Sasson, Jordache, and Sergio Valente, instantly elevating a girl’s school status to the stratosphere.

It’s distressing, looking back, to realize a girl’s worth boiled down to dark-wash denim. I suspect, though, that while fashion references may change, school statuses generally do not.

One of the themes of The Importance of Wings is Roxanne’s desperate desire for the right hair. There are several scenes involving blow dryers, curling irons, and ozone-depleting hairspray.

Like fashion, hairstyle is a pop reference that’s instantly recognizable to an era, from the bobs of the 1920s to the beehives of the 1960s. 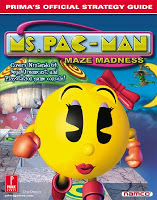 My decade featured the golden age of arcade games, with several, such as Pac-Man, entering the realms of popular culture. Other iconic games, such as Donkey Kong, Space Invaders, Centipede, Frogger, and Galaga, were similarly renowned.

There are several scenes in the novel where Roxanne plays games in a mall arcade, even gauging a friend’s coolness factor by how well she can manipulate a joystick.

Though I included few pop references to music and movies in the novel, they’re certainly excellent anchors of a time period, as are prominent news events.

I thoroughly enjoyed my tour of the ’80s when I wrote my novel; I only hope readers enjoyed reading it as much as I enjoyed writing it.

Read chapter one of The Importance of Wings, and see also a tie-in discussion guide (PDF).