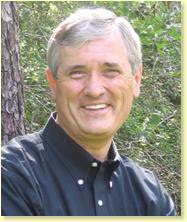 Warren Hanson is an illustrator and author who has helped create some very beloved books.

He looks forward to the release of The Sea of Sleep, illustrated by Jim LaMarche (Scholastic, fall 2010), and has recently moved from St. Paul to Houston.

I’m not a very disciplined writer. Or at least it would appear that I’m not. I will go for weeks without writing a word. But the appearance is deceiving. I have many seeds planted in the soil of my mind all the time, and those seeds are each at a different stage of development. When suddenly one of those seeds is ready to sprout and be put down on the page, then I will write feverishly, for several hours a day. 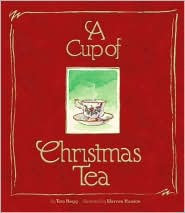 When a story is in this growth stage, and I am beginning to craft the actual words that will appear in the final version, I am often in awe of the process.

I suspect that all writers will say that there are times when we look at the page or screen in front of us and say to ourselves, “Oh my gosh, that is beautiful! Where in the world did that come from?!” So that old cliche of “it wasn’t written by me but through me” often feels real.

Of course, that is not to deny the hard, hard work that goes into this. It’s like working in a diamond mine. You dig and dig, toil and toil, and then suddenly there is a beautiful, sparkling gem winking at you out of the darkness. (I hope you geologists out there aren’t too critical of this illustration.) You just stare at it in awe. You suspected it was there, of course. But when it’s finally right there in front of you, it can be absolutely breathtaking.

Well, most of the time it feels less like thriving and more like its rhyming partner, surviving. And I do it by using every tool in my toolkit every day. 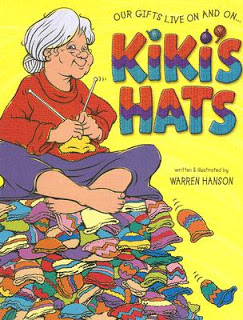 Most authors get contacted often by people who have written a story and want to get it published. Those people make it feel like a hobby. But I work very, very hard every day.

Sometimes it doesn’t look like work. I might be sitting in the back yard with a pad of paper, staring at the sky. But that work is exhausting. So in order to “thrive,” I use every asset that I have, every day.

I’ve always been comfortable in front of an audience. In fact, I enjoy it. So I seek speaking engagements, both for the income and for the opportunity to read new work and gauge reactions. I’ve always enjoyed music, so now I incorporate my singing and songwriting into my public appearances, using music to relate to people in the same way that I try to with my books.

And I’ve never been afraid to act silly in front of other people. This now is a tool I use in cultivating school visits. If I can entertain the kids and at the same time teach them about the creative process, I feel like I’m doing good work.

So I’m very busy. Every day is full. And that’s how it needs to be, if I am to earn a living doing what I love to do.

I have a children’s bedtime book coming from Scholastic for fall 2010, and I’m really excited about it. The book is entitled The Sea of Sleep. It is a very lulling, gently rocking rhyming book that is truly intended to send little ones into dreamland. (I made the mistake of reading it to a group of kids during a school visit once. Bad idea!)

It’s illustrated by Jim LaMarche, who has long been an inspiration to me in my own illustration work. I had originally envisioned a very dreamy, ethereal approach to the artwork, and I knew from the beginning that I was not going to be the appropriate illustrator. I actually wrote it with Mary GrandPré in mind. This was before she got so busy with a boy named Harry.

The manuscript languished for years. Scholastic bought it in 2003. Then it languished again as the quest for an illustrator kept bogging down and editors kept leaving. 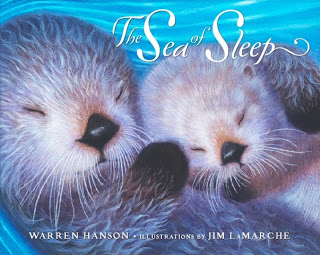 It finally landed in the hands of Dianne Hess, and she just about knocked me out when she called to say that Jim LaMarche would do the art.

He took it in a different and wonderful direction by drawing a baby otter floating in the sea on his mother’s loving tummy. The art is done, and I am absolutely thrilled!

But there are other projects in the works. I’ve had a picture book accepted by Beach Lane Books, Allyn Johnston’s imprint at Simon & Schuster. As I write this, I haven’t received the contract yet, so I don’t know anything about a schedule. It’s called It’s Monday, Mrs. Jolly Bones, and it’s a rather wacky book for young children.

I’m shopping a middle-grade boy novel called “Dawn of the Dork,” and I’ve had some nibbles. I’ve just finished writing an adult feel-good book called “Today’s Special,” which I trust will be picked up by Tristan, my long-time publisher in Minnesota. And I have a couple other irons in the fire. So I’m wishing on a lot of stars at the moment.

In the video below from Tristan Publishing, Warren Hanson sharing his new release, Everything Happens For A Reason (Tristan, 2009) on KARE11 News.