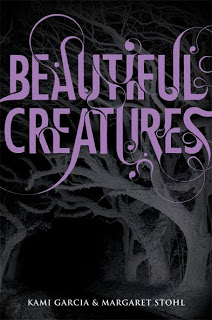 Enter the Morris/Nonfiction Book Trailer Contest from Keene Teen Readers & Gamers Weblog. Peek: “Teens ages 13-18 can make a 1-3 minute book trailer for any of the nominated books (or if they’d like, all of the nominees in one trailer), upload them to YouTube using the tags ‘yalsamorris’ or ‘yalsanf,’ and they can win a box of books and a $100 gift certificate to a major bookstore.”

What Does It Mean That I’m in My Second Printing? by Moonrat at Editorial Ass. Peek: “Some of the box stores like Walmart or Costco come in with last-minute very large orders, and your publisher may have already printed without enough run-off to accommodate these large orders.”

Real Fiction by Brian Yansky from Brian’s Blog: Writer Talk. Peek: “‘But that really happened,’ the writer says. ‘That’s exactly the way it really happened.’ He’s saying this in response to criticism from his critique group that the scene doesn’t seem real.” Read a Cynsations interview with Brian.

Congratulations to Erik (The Boy Mouse) on the redesign and relaunch of his website for Two Bad Mice Design: Illustration, Comics, Design, Teaching. Erik is active in Austin SCBWI, and his website design clients include Greg Leitich Smith.

Eight Tips for Writing Comedy by Anna Staniszewski. Peek: “If one character says, ‘The world is ending!’ and another character says, “No it isn’t,” the scene doesn’t leave you many places to go. Chances are it’s going to wind up being an argument, which can get boring really fast. But if the second character’s response is, ‘I knew the chicken people would finally come!’ – well, that gives you more to work with, doesn’t it?”

Setting, Keeping, and Achieving Your Writing Goals in the New Year by Carolyn Kaufman frm QueryTracker.net. Peek: “I don’t believe in New Year’s Resolutions. You know why? Because they’re good intentions you half-plan to break anyhow. I do, however, believe in setting achievable goals all year long, and in this post I’m going to teach you some tricks to help you keep and achieve your goals for 2010.”

Author Spotlight & Giveaway: Becky Levine on The Writing and Critique Group Survival Guide (Writer’s Digest) by Sherrie Petersen from Write About Now. Peek: “If you’re the ‘third’ person in the group–not the author being critiqued and not the critiquer reading their comments, keep an eye and ear open, too. You can be the one to translate/speak the author’s concerns to the critiquer.” Note: by leaving a comment, you can enter to win a copy of Becky’s book, which will be given away next Wednesday.

The Power of One Writer Of Orangutans, Butterflies and an American Girl: a new blog from author Jane Kurtz on her year as the author of books for the American Girl Doll of the Year 2010, which will be announced Jan. 1. Peek: “it seems information about the new doll (and…ahem…my books) is leaking pretty fast, now.” Note: you can also follow Jane at Twitter.

Congratulations to the 2009 Cybils finalists! The titles I nominated that made their respective lists were: All the World by Liz Garton Scanlon, illustrated by Marla Frazee (Beach Lane, 2009) in fiction picture books; The Day-Glo Brothers: The True Story of Bob and Joe Switzer’s Bright Ideas and Brand-New Colors by Chris Barton, illustrated by Tony Persiani (Little, Brown, 2009) in nonfiction picture/information books; and Creepy Crawly Crime (Joey Fly: Private Eye) by Aaron Reynolds, illustrated by Neil Numberman (Henry Holt, 2009) in graphic novels.

Congratulations to Liz Gallagher, the new readergirlz Host Diva! Read a Cynsations interview with Liz. Note: readergirlz will be chatting with E. Lockhart at 6 p.m. PST 9 p.m. EST Jan. 20 at the readergirlz blog.

2010: Plan for a Bumper Crop by Kristi Holl at Writer’s First Aid. Peek: “What can we do to increase our chances next year of surviving and thriving during the current economic situation?”

Authorial Intrusion – Writing Advice in 5 Words or Less – 2009 from L.K. Madigan at Drenched in Words. Peek: “It was my pleasure to host the Debs on Authorial Intrusion this year. I’ve collected their bits of pithy wisdom in one post for your convenience, and I can assure you that overall … they really do not want you to give up!”

Everbody’s Free by Jackson Pearce. In the video below, “28 YA Authors give you advice on writing, publishing, and everything in between.” See the author/book list from Tracy at tall tales & short stories. 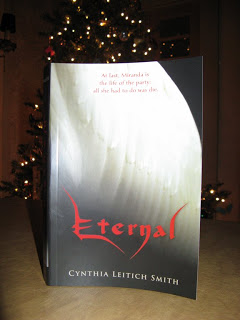 Which was especially inspirational since I spent most of the holiday working on my revision of Blessed (Candlewick, Feb. 2011), though I did take off Christmas Eve at about noon and almost all of Christmas Day. 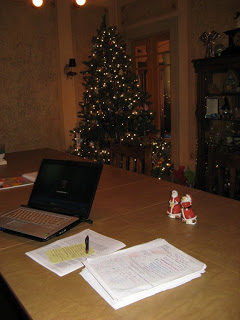 Greg and I had Christmas Eve dinner with Frances and Brian Yansky‘s family. They gave me these two spooky-terrific books: Ghosthunting Texas by April Slaughter (Clerisy Press, 2009) and Haunted Texas: A Travel Guide by Scott Williams (Globe Pequot, 2007). 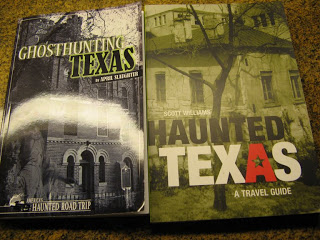 Greg made Christmas dinner at home–chicken parmigiana with whole wheat spaghetti and broccoli in cheese sauce. 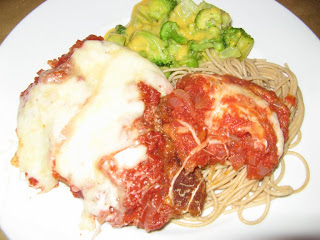 He also gave me a few of my favorite things. I’m a devoted fan of “Monk” and “Fraiser.” Author Lee Goldberg‘s “Monk” tie-in novels are terrific; I always read them on the plane on the way to the VCFA residencies. 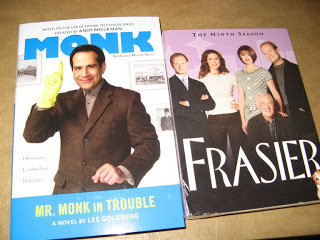 Here’s Greg, operating on last year’s candles so that we can reach the wicks. 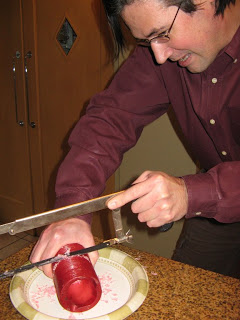 And finally, here’s a piece of home. One of my cousins sent me a Christmas ornament made from a burnt out bulb from the Kansas City Plaza Lights. 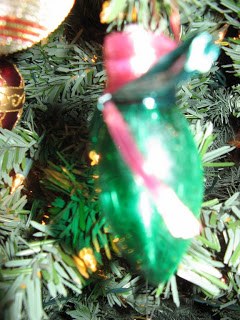 The winners of signed copies of Watersmeet by Ellen Jensen Abbott (Marshall Cavendish, 2009) were Alison in Texas, Sherrah in Missouri, and Jeni in Indiana.

The winners of signed copies of Ninjas, Piranhas, and Galileo by Greg Leitich Smith (Little, Brown, 2005, 2006) were Jennifer in Wyoming, Beth, and ReadingJunky.

Authors, illustrators, and publicists are welcome to send review copies (not e-copies) of books for interview consideration. Please do not write to “pitch” the book/subject, to confirm receipt, to ask if you can schedule an interview, or to follow-up on the posting date. I’ll contact you, if I’m interested, with the appropriate information on my own schedule. Please note that this also applies to contacts that I have met personally.