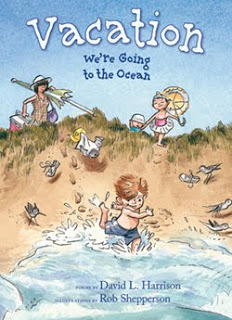 Perfection is the goal. Writers see in their imagination what they intend to create–a finished piece without blemish, a stunning accomplishment that holds readers close and thrills them with an astonishing experience. Results rarely match the dream that beckons us on, but some sort of internal scale determines how close we think we came.

Everyone else along the tortuous route from concept to book judges artistic success by their own rules. What I think ranks up around the eyes might fall nearer the ankles for someone in editorial, sales, promotion, reviewing, buying, or reading.

However, not every writer measures artistic accomplishment the same way. Some of us come to the pen from the classroom. We were teachers; therefore, we are teachers and will be teachers. What we seek to create may reflect our belief systems about what children need to learn. Does this book encourage fluency? Comprehension? Does it build vocabulary? Phonemic awareness? If I’ve embedded teachable moments into my work and done it at a high level of artistic achievement, isn’t that a success?

Some of us come from other backgrounds. We may have grease under our nails or pencils behind our ears, deer heads on the wall or guitars in the corner or keyboard calluses on fingertips. It might not occur to us that readers need anything more than to be entertained, and our brains sing with ideas like birds on a wire.

Our sternly judgmental muses hold us up to great writers in our chosen genres and mutter in our ears that we could do better even if the current effort is a good one.

It would be wrong to say that every writer uses a different scale to determine his or her degree of artistic achievement, but I believe there are many scales that are equally valid. Were it otherwise, the wonderful diversity of children’s literature would be jeopardized.

Having said all this, I’ve left out perhaps the truest measure of artistic achievement: time. There are reasons why classics are classics. When generations of readers rediscover a story or poem or nonfiction book and love it, we are in the presence of creative genius.

Times change, language becomes dated, but somewhere at the core of a classic piece of writing, the author still lives. A voice that speaks across generations draws readers back again and again to sit still for a while to relish and wonder. Which books will last fifty years? Which will disappear like snow by next spring’s list? The writer can’t know in advance, but the dream of matching reality to vision keeps us trying harder.

My advice to those who want to write professionally is to set realistic goals and celebrate each victory along the way, no matter how small.

First, start thinking and acting like a writer. Write something. It doesn’t matter what. The mind can’t revise a blank sheet of paper. Until you lay down a track of words, nothing is going to happen. Once you have committed your first thoughts to paper as a conscious act of writing, celebrate your first victory.

Celebrate your first rejection slip. If you have finished a piece of writing, submitted it, and received a rejection slip, you have already gone farther than ninety-nine percent of the population. (Okay, not everyone wants to be a writer, but more do than you might suppose.)

On the way to selling my first story, I got to celebrate rejection slips sixty-seven times in a row over six years. I thought that was rather too much of a good thing.

Is professional success measured by number of publications? Wilson Rawls decided at an early age to write his way out of poverty. I heard him say how many novels he wrote–dozens as I recall–before one was finally accepted. But one is all you need when it’s Where the Red Fern Grows (Bantam Doubleday Dell, 1961). Fifteen years later he published Summer of the Monkeys (Doubleday, 1976), but his reputation was already established.

Barbara Robinson has also written a number of other wonderful stories, but mention her name and The Best Christmas Pageant Ever (HarperCollins, 1972) comes to mind.

Exceptional literature doesn’t need to surround itself with numbers. It lives on its own merits. A writer who can create one memorable book may be more successful professionally than a writer who pumps out ten books to add to a list of publications.

Professional success develops over time–article by article, story by story, poem by poem. It comes from learning about the craft. It comes from attending meetings, visiting schools, speaking at conferences.

Many an emerging writer has longed for a publisher who loves untested authors, a generous soul with a big heart and a deep wallet who isn’t as picky and demanding as those tradition-bound, agent-only, you-have-to-have-been-published publishers.

There is no such publisher. Deep down no one really wants there to be. When you eventually sell something, you’ll celebrate, not because a publisher cut you some slack and let you slip by, but because he didn’t.

Can you tell us about your latest release? 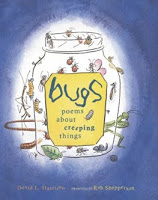 I love to work with talented artists. Rob invariably comes from an unexpected angle that adds value and humor to every poem. For example, in bugs, I wrote about bugs moving under my welcome mat. Rob drew the bugs and the mat in such a way that together they spell out “we home.” In another poem, I wrote about how unfriendly the centipede is. Rob drew him opening a heart-shaped box of candy and throwing out all the chocolates. People seemed to like our combined efforts, and bugs was chosen as one of the best books of poetry in 2007.

Now Rob and I have a new collaboration. In Vacation, we take Sam and his family on a driving vacation to the ocean. Sam describes the trip, often from the back seat, as they drive along. Early in the trip, Sam starts a refrain that’s familiar to anyone who has ever traveled with children.

Are We There Yet?

my seat
is sore.

You said
“another hour”
before.

You say
“an hour”
every
time.

Your
hours
are much 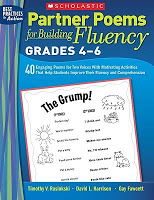 Also out this year is a teaching strategy book co-authored with Tim Rasinski and Gay Fawcett: Partner Poems for Building Fluency, Grades 4-6 (Scholastic, 2009).

Tim is one of the nation’s foremost authorities on reading fluency, and he writes that sharing aloud poems for two voices is an effective tool for building reading fluency. I had fun writing 40 new poems for two or more voices for the book. Gay, who is another leader in this field, wrote student activities to follow each poem.

I’m already using the book at conferences and school visits. Kids and adults, individually or in groups, enjoy reading the poems aloud. 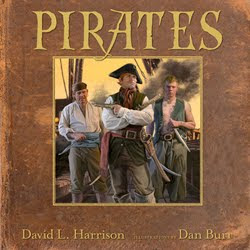