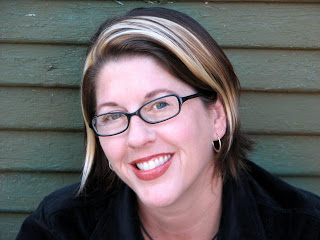 Cynthia Jaynes Omololu is the first-time author of When It’s Six O’Clock in San Francisco: A Trip Through Time Zones, illustrated by Randy DuBurke (Clarion, July 20, 2009). From the promotional copy:

As one little boy is eating breakfast in San Francisco, another kid in London is playing football with his mates, a girl in Harare is eating dinner with her family, and another child in Sydney is calling for a drink of water in the middle of the night.

Poetic language and charming vignettes simplify the concept of time zones by providing glimpses into the everyday lives of children around the world.

Cynthia’s debut YA novel, Dirty Little Secrets, will be published by Walker in winter 2010.

When my kids were small, I decided to write children’s books because, after all, how hard could it be? I’d never really written anything longer than a thank-you note, but that didn’t worry me at all.

I picked Karen’s name out of a SCBWI Bulletin and sent her an email asking her if she wanted to be in a critique group.

Rather than ignore or laugh at the incredibly newbie email, she actually answered me. Not only that, but even though she didn’t need a critique group, she agreed to meet with me and read over the two sad little stories I’d written. She was so gracious and encouraging—pointing out what was working and gently nudging me in the right directions. Karen even took me to bookstores and jump-started my education as a children’s book author. 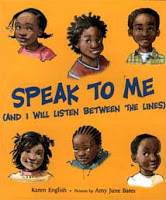 Even after she moved several hundred miles away, she kept encouraging me and sending me writing information. In my copy of her book Speak to Me, illustrated by Amy June Bates (Farrar Straus & Giroux, 2004), she wrote to my kids: “…thanks for having an extremely talented mother who will one day be a famous writer.”

Karen could have easily turned her back on a fledgling writer who didn’t have a clue, but she took a moment and that made all the difference. I’m not exaggerating when I say I owe any future success to her—without her encouragement, I would have made a few false starts and probably quit.

The day I sold When It’s Six O’Clock in San Francisco, I called her right after I told my husband. Every time I’m approached by someone new I meet online or at a writer’s conference, I think of Karen. Because she took the time, I have a career, and it’s my job to pay it forward and help the next new writer who comes along.

I met my agent, Erin Murphy, in an elevator—no lie. I wasn’t really looking for an agent. I’d only written a couple of picture book manuscripts at that time, but I was halfway through a middle grade novel so I was starting to put my ear to the ground.

I live in Northern California, but I’d flown to Kansas City to attend a weekend conference because there were some speakers I wanted to see and some BlueBoarders I wanted to meet (those Southwest Airlines miles can come in handy).

I’d seen Erin speak on a panel the previous day, and I could tell she was someone I’d probably get along with, so when I saw her in the elevator I struck up a conversation.

We didn’t talk about my books. Mostly, we talked about the trouser jeans I was wearing and I told her where she could get a pair. I bumped into her a few more times over that weekend, and we chatted a bit but nothing memorable.

Fast forward about six months, and my middle grade novel manuscript was finally finished. I did some research on Erin and talked to a few of her clients, deciding that her editorial style and personality would probably mesh with mine.

She doesn’t know this, but at another conference I asked two different editors what they thought of her agency, and both had nothing but good things to say, which clinched it for me.

I queried her, reminding her that we’d met at the conference (she only takes new clients by referral or if they have attended a conference together) and referenced the cool trouser jeans we’d talked about.

Surprisingly, she remembered me, invited me to submit, and after a revision we signed together. We sold my YA Dirty Little Secrets to Walker in September 2008 and continue to have a productive relationship that I see lasting a very long time. 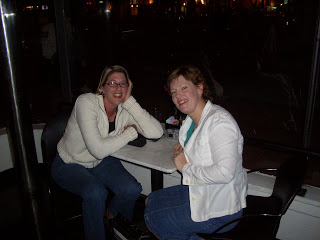 One thing that new writers often don’t understand is how much like a marriage a writer-agent relationship is. I got lucky with Erin—it was love at first sight, and I didn’t have to date anyone else. But many people get together with the first agent who says “yes” and find themselves unhappy later.

Research the agent that is passionate about the kinds of books you write and has the contacts to sell them, who has the kind of editorial and communication style you like, and then by all means, try to go and meet them or hear them speak. You can only get so much information from an email or blog. Nothing compares to seeing them in person.

If they aren’t coming out where you are, go to where they are. It may be inconvenient and expensive at the time, but this is a relationship that will hopefully go on for years and you want to be sure you make the right choice. There’s a saying that “the wrong agent is worse than no agent,” so it pays to do your homework.