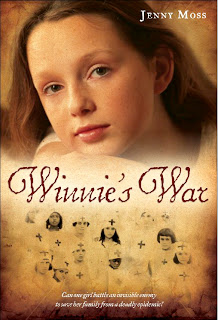 Jenny Moss on Jenny Moss: “I’m a writer and a mom of teens. And a Texan! My family moved to Houston when I was ten. They all left, but I stayed.

“I’ve wanted to be a writer since my early days in Louisiana, but I didn’t think it was a realistic goal. I revered books and thought novels were created by people who were born with the Great Writing Gene or sprinkled with fairy dust, gifted in a way that I wasn’t. I felt like a writer, but I couldn’t imagine myself a part of that world.

“So I went into engineering and worked for NASA for a while, but I secretly wrote at night. Eventually, I returned to college and got a degree in literature.”

I read a lot. A lot, a lot. It opened up worlds a bit different than suburbia. As a young girl, my favorites were A Little Princess, Little Women, and every Nancy Drew I could find.

As a teen, I’d feel guilty when I read Gothic novels in lieu of one of the classics, but that didn’t stop me, especially when it came to the books of Victoria Holt. I also liked Rebecca, Joy in the Morning, Jane Eyre, Marjorie Morningstar, and Agatha Christie.

My grandmother told me that every good Southern woman had a copy of the Bible and Gone with the Wind by her bed, so I read those, too.

Such a fascinating time of life! Teenagers have an energy and a fresh point of view that’s engaging and also contagious. Listening to them and writing for them helps me to remember things I’ve forgotten along the way–important things.

Some stumbling, but I think it was mostly plodding. My efforts at publication began in 2003.

A couple of years later, I put aside that first novel after many critiques, revisions, and rejections. I’d spent a lot of time with those characters and with learning craft and applying what I learned to that book, so it was hard to let it go!

I began writing two new ones: a YA fantasy and Winnie’s War. I finished the fantasy first and sent that out to agents. Nancy Gallt liked it and offered me representation. The fantasy will be released by Scholastic next year.

Sometimes I wish I’d focused solely on writing from the beginning. When I’m writing, I get the feeling I’m doing exactly what I’m supposed to be doing. And that’s a great feeling. On the other hand, I think things probably happened exactly when they were supposed to.

I think critiquing others’ work helps to improve your own. My first experience with critique was in college in my creative writing classes. Each student would read her work and get feedback from the professor and the other students. I was amazed by how quickly my professor could respond, and I paid attention to his observations.

Through SCBWI, I was involved in two critique groups. The discussions we would have about what works and what doesn’t–in our own work, as well as in books we’d read–helped me to apply what I’d learned in my literature classes to my own books. Hence, I’m a big advocate of critique in the pre-publication years.

After numerous professional critiques with editors, I realized my first novel lacked voice. That part of writing seemed like magic to me (the Great Writing Gene again), and I wondered how writers created memorable voices. I realized, when I was writing that first novel, I’d held back just a bit, keeping the protagonist a little distant. I’d been reluctant to put some of me in that
character. That realization made a difference, I think.

Congratulations on your debut novel, Winnie’s War (Walker, 2009)! Could you tell us a little about the book?

Thanks so much! It’s still surprising to see it on the shelves.

The novel is about twelve-year-old Winnie, living in 1918 small town Texas and trying to protect her family from the Spanish influenza sweeping the world.

I wanted to create my own small town. But it was Winnie’s voice that pulled me into the story, helping me to see things through the eyes and worries of a twelve-year-old girl.

I wrote the first scene of Winnie’s War in March 2005. (That scene became the prologue, which was dropped from the book during the editorial process.) I was also working on another book, a YA fantasy. I jumped back and forth between the books, completing the fantasy first. I sent that out to agents and went back to Winnie.

I sensed something different was happening for the fantasy because of the agent and editor response I was getting as compared to my first book. A lot more interest, some revision suggestions. Nancy offered representation in August 2006. After she sent that book out on submission, I picked up Winnie again. Winnie went out on submission to editors in fall 2007. Emily Easton at Walker made an offer. We accepted in January, and I had my first revision letter in hand in early February! The ARCs were out by July. Whew!

I was surprised at the speed and efficiency of the process. I had a lot of questions, but the Walker folks were always patient. (Thank you, Mary Kate!)

A couple! The first involved the research. I thought it’d be easy because I live in the area where I placed the fictional town of Coward Creek. But at times I had to dig deep to find what I needed. For example, I went through files and books in the Helen Hall Library, looking for mention of the
Spanish influenza and its impact on a Galveston county town. I found very, very little.

I ended up at Clayton Library in Houston, going through every death certificate issued in the fall of 1918 in Harris and Galveston counties. When I found an influenza death, I wrote it down. It was time consuming, but I liked it.

The second challenge was writing about death, especially for middle-grade fiction. I knew the book had to be realistic. I couldn’t shy away from it. The impact to many children during that time was just devastating. And I wanted to be true to that. In a way, it seemed to me that we’d, as a nation, forgotten the pandemic, and if I didn’t depict things as they were, then I’d be doing the same thing, turning from something because it was difficult.

There was one scene in particular I didn’t want to write. I sketched it out in a skeleton draft, and then just skipped over it, and wrote around it. But I thought about it all the time. And I did the research needed because there were things I had to know about the influenza in order to write the scene. By the time I sat down to pen the chapter, I’d prepared so much, the writing just flowed. The essence of the scene changed very little after that first draft.

What was your biggest research coup? 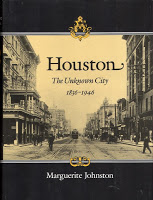 I found most things very slowly, so I’m not sure there was a coup! One thing: I came across a book by Marguerite Johnston: Houston, The Unknown City (Texas A&M Press, 1991), which had a couple of paragraphs on the impact of the influenza. So still not much. But the bibliography revealed Johnston had conducted a lot of interviews. I tried to contact her and discovered she’d died in 1998.

I did find her papers in the Woodson Research Center at Rice University. Those archives contained transcripts of all of her interviews. Some very interesting information in there (including some not relevant to my book, such as observations by interviewees about the young Howard Hughes!).

Writers definitely build upon the efforts of other writers. Thank you, Marguerite Johnston.

Too often authors whose books relate to a landmark historical event tend to have flat characters, meant to illustrate rather than breathe. How did you get past this to create such three-dimensional, resonant individuals for your story?

I’m interested in historical events, very much so, but I want to see an historical event through the eyes of an individual. What about a person’s culture or time period makes her different? Which responses to tragedy and circumstances are common, which unique?

I’m particularly interested in human sameness that stretches across generations because it connects us to our grandparents and great-grandparents. I think we can learn from what others have already experienced.

The number of times I’ve had to read my manuscript as it went through the process!

I think, for me, reaching a goal later in life, after years of wishing and working at it, has brought a certain contentment. I’ve worked a long time to become an author, and it’s something I’ve always wanted to do. It means a lot to me to realize that dream. I’m very thankful.

I so much want to connect with readers! There were kids and teens who attended my launch party, and I enjoyed talking to them. The experience made me anxious to get into the schools. This is the part of the publishing adventure that’s still ahead of me.

I’m still figuring this out. My revision for my fantasy was due by the end of February, so I was working on that during the time my first book was released. It limited the things I could do promotion-wise.

Now that my revision is complete and on my editor’s desk (yay!), I want to plan school and library visits. Juggling writing, school visits, and promotion will be interesting! I’ll be looking to my more experienced author friends for advice.

My last critique group fell apart three years ago: jobs, moves, and life got in the way. But I’ve found working with an editor is a very close collaboration. I do have readers I send things out to.

Write, read, and join a critique group. And write.

Winnie’s War took a lot of research. Some days I would flip through old papers for hours, and at the end of the day, still not have anything usable for the novel. But that was okay–because I love researching.

If a writer’s not interested in days and days of looking for information, I would think researching would be grueling and sap the fun right out of writing a book!

Something completely different! Scholastic is publishing my YA fantasy in 2010. My editor there is Lisa Ann Sandell. I feel very lucky to have her.

In addition to being an editor, she’s also a YA author.

Her writing is stunning.