A Lesson on Vampires: An Interview with Cynthia Leitich Smith by Stephanie Greene at Through the Tollbooth. Peek: “‘It was an ambitious book in terms of ‘mythology’ building,’ Cynthia said. ‘I believe in angels (and ghosts too), but somehow I suspect my creative liberties were not insubstantial. I have a well developed history for the vampires, the shifters (going back to the ice age), and the angels. On the craft front, I also had to develop two voices/protagonists, each with their own internal-external arc and have them mirror in a way that was thematically resonant.'”

Thank you to Shrinking Violet Promotions for highlighting Eternal (Candlewick, 2009)!

deenaml says of Eternal, “I loved Zachary and really enjoyed this novel.”

Reminder: Interview: Cynthia Leitich Smith, author of Eternal, Tantalize (Win stuff!) from Boy with Books. Comment between now and March 7 to enter to win a copy of Eternal (Candlewick, 2009) or Indian Shoes (HarperCollins, 2002)!

Bloodline by Katy Moran (Candlewick, 2009): a recommendation by Greg Leitich Smith from GregLSBlog. Ages 12-up. Peek: “As armies approach, Essa undertakes a journey to save those he loves, unsure who he can really trust, always wondering why his father abandoned him and the truth about his mother and who he really is.”

Want to chat with Markus Zusak? from Meghan at BookKids. Peek: “Scholastic is giving book clubs around the country the chance to be selected for a telephone or skype chat with Marcus Zusak himself.”

Interview with Micol Ostow by Liviania from In Bed With Books. Peek: “Well, for nearly ten years I worked as a children’s and young adult book editor, and I loved it. I wish that there were enough hours in the day for me to both edit and write, but both deserve so much of your creative energy that it’s just not feasible.”

Confessions of an Introvert: An Interview with Author Meghan Wier from Mary Hershey at Shrinking Violet Promotions: Marketing for Introverts. Peek: “I did not set out to be so ‘public’ but as a business person, I saw this as such an important aspect of success. People need to know you, and like you to do business.”

Interview with Elizabeth Scott from Debbi Michiko Florence. Peek: “I’ve always been drawn to writing about friendship and family because they make up so much of who you are, and yet they can get so tangled that it’s easy to get caught up in being who/what other people want you to be and not who you are.” Read a Cynsations interview with Elizabeth.

Faith and good works: Mormon writers find their niche in wholesome young adult genre from The Boston Globe. Peek: “That Mormon writers have come to loom large in an increasingly popular literary genre can be linked to several unique characteristics of their faith and culture: an aversion to the sex and swearing that prevails in adult fiction, a propensity for large families that often means a child-focused life, and an affinity for fantasy writing.” Note: Julie Berry, the debut author who’s the primary focus of the article, is one of my former students and an extraordinary talent. Please look for her new novel The Amaranth Enchantment (Bloomsbury, March 3, 2009).

Fusenews: “I hereby nominate Bubba and Beau by Kathi Appelt (Harcourt, 2002) as the Texan picture book of the state.” Note: seconded!

Huge Giveaway for the Release of Willow by Julia Hoban from Shooting Stars Magazine. Includes books, ARCs, bookstore gift cards, and more. From the promotional copy: “Seven months ago, on a rainy March night, sixteen year-old Willow’s parents died in a horrible car accident. Willow was driving. Now her older brother barely speaks to her, her new classmates know her as the killer orphan girl, and Willow is blocking the pain by secretly cutting herself. But when one boy —one sensitive, soulful boy—discovers Willow’s secret, it sparks an intense relationship that turns the ‘safe’ world Willow has created for herself upside down.”

Meet-And-Greet Monday: Gail Green by Anna M. Lewis from KidLit Central News. Gail is the author of Animals and Teens: The Ultimate Teen Guide (Scarecrow, 2009). Peek: “The years of junior high and high school are rough years for most. Between school and grades, social pressures, family dynamics/problems or just all the physical and emotional changes of growing up, many teens wind up acting out, socially withdrawing, getting into trouble or just become difficult to live with. And all of the wonderful things that teen has to offer is often ignored (or lost) because the focus is instead on all the ‘bad’ stuff. But, when a teen bonds with an animal, they can find a safe haven and a purpose.”

Congratulations to Donna Gephart, who won a silver medal in the children’s literature division of the Florida Book Awards. Read a Cynsations interview with Donna.

Check out the 2008 Nebula Ballot. Read an interview with Mary E. Pearson on The Adoration of Jenna Fox (Holt, 2008).

Book Giveaway: Bones of Faerie by Janni Lee Simner from Endicott Studio: The best place for mythic art. Peek: “This week, I am giving away a book that was one of my most anticipated titles of 2009–a book that totally lived up to all my expectations and excitement.” Deadline: March 8.

Saving the planet is all in a day’s work for this third grader: an interview with Charise Mericle Harper by Linda M. Castellitto from BookPage. Peek: “Charise Mericle Harper’s new book, Just Grace Goes Green (Houghton Mifflin, 2009), is printed on 100-percent recycled paper—perfect for a story about a girl whose teacher announces that her third-grade class will be going green.” See also Meet Author-Illustrator Greg Foley from BookPage.

Editorial Anonymous continues to offer helpful Definitions for the Perplexed. See Damages, Hurts, and Refurbs; Strippable; and BookScan–peek: “When an editor is getting ready to make an offer to you, she’ll look up your past published books’ Bookscan numbers, and she’ll base that offer on those numbers. Modest numbers = modest offer.” 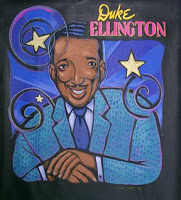 What Kind of Marketing Does an Author Do? from Buried in the Slush Pile. Peek: “Many first time authors erroneously believe that they shouldn’t have to do anything. They figure that they did the work of writing the book, now the publisher can do everything else. Personally, I think this is flat out daft.”

Libraries host local children’s authors for readings: A bevy of area children’s authors will present readings at the Perry-Castañeda Library (PCL) on The University of Texas at Austin campus on March 7. The event, entitled “Books for Kids,” is an extension of Explore UT–“The Biggest Open House in Texas”–and is being hosted by the University of Texas Libraries. Featured authors include Brian Anderson, Jane Peddicord, and Liz Garton Scanlon. Author Chris Barton will debut his first book, “The Day-Glo Brothers,” which will be released later this year. See more information.