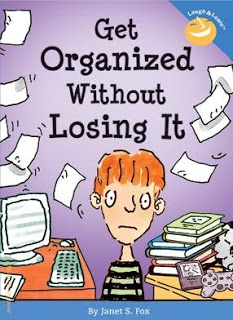 Janet Fox on Janet Fox: “I’ve been writing all my life, at least as much of it as I remember. My first poem was published when I was in third grade!

“But there have been digressions in my life: I went to graduate school, and acquired an M.S. in marine geology. I’ve been to sea. I’ve even been to the sea floor in a three-man submersible. I’ve taught middle school and high school English and would teach again gladly.

I loved Greek and Roman myths and legends, and all fairy tales. I read all of Hans Christian Anderson; I devoured C. S. Lewis and Tolkien. The Secret Garden [Frances Hodgson Burnett (1911)] was a favorite, and Little Women [by Louisa May Alcott (1868-69)], and Black Beauty [by Anna Sewell (1877)]. And at one point, I read every James Bond in print (just to be anachronistic, I guess!)

I read all the time. When I was a teen, I almost burned down the house when I was supposed to be minding the stove and my head was buried in a book.

When my son was born (he’s 17 now), I began to tell him stories. He’s dyslexic, but he couldn’t get enough of verbal storytelling. So I made up stories to try and teach him reading concepts. I wrote them up and sent them out. They were dreadful stories, but I found my passion: writing for children.

Other than thinking the first thing I wrote was wonderful? 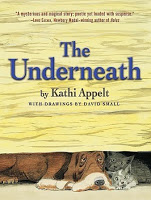 Kidding aside, I found Kathi Appelt and SCBWI very early on. Kathi is an amazing mentor: she is so generous and open to everyone she meets. She introduced me to the local group of writers who have supported me all the way. I found my critique partners at one of her workshops. And SCBWI is a fantastic community with information for everyone.

And Cyn! Take a bow, too, because at one of the early conferences I attended here, you were the speaker, and your story was such an inspiration to me, and your discussion about Jingle Dancer (by Cynthia Leitich Smith, illustrated by Cornelius Van Wright and Ying-Hwa Hu (Morrow, 2000)) gave me critical information when I needed to understand story structure.

No question. It was joining a critique group. We’ve met weekly for almost ten years, and–now–we’re all published. In a couple of years, I’m betting that my experience at Vermont College will be equally important in my life. But nothing could take the place of the support and kinship of my critique partners, Kathy Whitehead and Shirley Hoskins.

Congratulations on the success of Get Organized Without Losing It (Free Spirit, 2006)! Could you tell us a little about the book?

Get Organized is a self-help guide to school issues for middle school kids. It’s packed with tips and tricks and, I hope, humor. Kids seem to really like it. In fact, it’s now selling in translation in Spain and Belgium, and well over 15,000 copies have sold.

Get Organized was inspired by my son’s learning differences. I had a wealth of information that I pulled from multiple sources, including ideas I’d made up on my own, to try and get him through the tough years of late elementary/middle school.

One night I had a dream (I’m not kidding) about writing a book compiling all the information. I literally had the outline completed in three days.

It was four years from conception until publication. The only publisher I queried was Free Spirit, and they expressed immediate interest. I put together a book proposal within a month. But then, between editorial changes and my own inexperience, it seemed to take forever. Yet–this is typical–it does take a long time to bring a book to life, and to get it right.

My research was done before I began writing, since it was based on collected/invented wisdom.

I did research the market and publishing houses, and tried to aim my arrow true to target, and I think that worked. It was such a seamless process in retrospect. The editing was more difficult for me because I was inexperienced and alone and had to interpret what the publisher wanted.

In the end, it worked, I think. The illustrations are terrific, and the book has a nice feel to it, and fits within the series of similar books they market.

During the editing process, I did try and keep as much of my own voice and humor as I could. Free Spirit was great and supportive, and I would work with them again in a heartbeat.

I do school visits, but I limit them to one a month when I’m not doing conferences. I love being with kids, especially middle schoolers and teens.

I’m terrible at the whole contracts thing, and hate dealing with the business side. But that’s where I feel like one of the luckiest people on the planet. Two years ago at an SCBWI conference I had a critique with agent Alyssa Eisner Henkin (Trident Media Group), and as a result of her reading of my novel then in progress, I signed with her.

Alyssa is not only a terrific agent, she’s the best editor as well. She has nurtured me and supported me. And I can leave all the negotiations up to her.

As to promotion, I do have a website and a blog and I should be on Facebook soon, and I’ve signed up with the groups 2k10 and Authors!Now.

Hmm. Maybe not about publishing but about our culture…

I wish the arts were revered.

I wish schools taught contemporary literature and not just the classics.

I wish kids’ ideas were respected, and they were not expected to fit in a box.

I wish literary fiction was esteemed.

I wish independent booksellers were all thriving.

You’re also enrolled in an MFA program! Could you tell us about that?

Happily! I’m enrolled at Vermont College of Fine Arts, in my first semester. It’s one of the best things I’ve ever done for myself. Extremely hard work and steep learning curve, combined with faculty who are some of the best children’s authors alive and who can teach. I can’t say enough great things about the experience and the program there.

Why, as an already published author, did you think getting an MFA would be a good idea?

I felt that I was at an impasse with my writing. I had been to so many conferences that they began to sound alike. I had my critique partners and my agent, but I wanted more.

The program offers a penetrating look into the craft.

And, I love teaching–I’m hoping my degree will allow me to teach at the university level.

Go for it. Just go. And for pity’s sake, write middle grade or YA since you are not a natural picture book writer!

I love Kathi Appelt‘s The Underneath (illustrated by David Small (Atheneum, 2008))– it’s the closest thing I’ve come to what I read as a child.

Lately I’ve been trying some edgier reading, and my favorite is Ellen Hopkins‘ Identical (McElderry Books, 2008). I like Polly Horvath, and My One Hundred Adventures (Schwartz & Wade Books, 2008) is a new favorite. 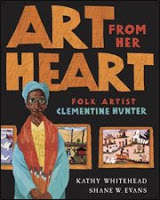 I have to put in a plug for my critique partner, Kathy Whitehead–her brand new picture book, Art From Her Heart (illustrated by Shane Evans (Penguin)), is beautiful.

As a footnote, I have a friend with a book coming out in 2009 (I read it as an ARC): Rosanne Parry‘s Heart of a Shepherd–it’s a wonderful book.

Love spending time with my family! Help my son through high school–although he is now very much independent and thriving on his own.

I garden–I have a small greenhouse.

We have a cabin in the mountains of Montana, where we hike, fish, snowshoe, and ride horses summers and holidays.

I’m excited to report that my debut novel, Faithful, will be out in spring of 2010. It’s a romance, adventure, and mystery tale that takes my protagonist from Newport’s Gilded Age society to Yellowstone National Park in 1904.

Puffin is my publisher. Jen Bonnell, my editor, also signed me for a sequel, tentatively titled Indigo Spring and due out in 2011.

I’m working on two middle grade novels, one humorous and for boys, and one fantasy for girls. And with my year plus at Vermont College yet to come, who knows!