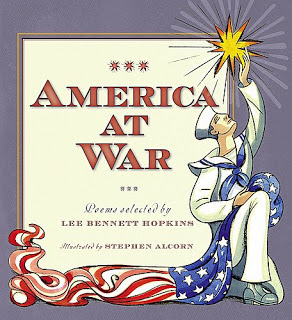 Lee Bennett Hopkins has written and edited numerous award-winning books for children and young adults, as well as professional texts and curriculum materials. He has taught elementary school and served as a consultant to school systems throughout the country.

Born in Scranton, Pennsylvania, Hopkins graduated Kean University, Bank Street College of Education, and holds a Professional Diploma in Educational Supervision and Administration from Hunter College. In 1980, he was awarded an honorary Doctor of Laws degree from Kean University.

In 1989, he received the University of Southern Mississippi Medallion for “outstanding contributions to the field of children’s literature” in recognition of his work; 2009 brought him the National Council of Teachers of English (NCTE) Excellence in Poetry for Children recognizing his aggregate body of work.

Among his original collections are Been to Yesterdays: Poems of a Life (Boyds Mills Press, 1995), an autobiographical book of poetry that received the prestigious Christopher Medal and a Society of Children’s Book Writers and Illustrators (SCBWI) Golden Kite Honor Award, Alphathoughts: Alphabet Poems (Boyds Mills, 2003), and City I Love (Abrams, 2009), illustrated by jazz musician, Marcellus Hall.

His creativity is the result of his passion for poetry and his unflagging belief that poetry is a necessity for children, at home and in the classroom. 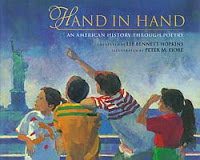 His award-winning series of American History through poetry for children and young adults include Hand in Hand: An American History Through Poetry, illustrated by Peter Fiore (1994), My America: A Poetry Atlas of the United States (2000), and America At War (2008), both illustrated by Stephen Alcorn (all Simon & Schuster/McElderry Books).

At the heart of all his writing is the dedication in bringing children and books together. “You must teach children to love books,” he insists.

Congratulations on being named the 2009 NCTE Poetry Award Winner! What did you think when you’d heard that you received this award?

This award means a great deal to me.I have been involved with NCTE since the late 1960’s During the 1970’s when served on the Board of Directors the Award was established by Bee Cullinan in honor of her son who was killed in an automobile accident.

I chaired the second award given to Aileen Fisher (1978) and the 9th award that went to Valerie Worth (1991). In addition, I have known all 14 past recipients, many of them who are (or were) dear friends. Poets such as David McCord, Aileen Fisher, Myra Cohn Livingston, Eve Merriam, and Lilian Moore were by poetry buddies!

Congratulations on the success of America at War, illustrated by Stephen Alcorn (Simon & Schuster, 2008)! Could you tell us a little about the book?

America at War took about four years to compile. I knew from the start I wanted Stephen to illustrate the volume, our fifth collaboration. In addition to celebrated poets (Whitman, Sandburg, Crane, et. al. ), I wanted to include as many new poems by contemporary poets as possible. The volume contains over thirty works especially commissioned for the collection.

The thrust of the book is spelled out in the introduction when I state: “America at War is not about war. It is about the poetry of war.”

The poems that are truly heartbreaking are those that deal with the devastation war has on those who must endure consequences. A poem like “Graveyard” by Rebecca Kai Dotlich stands out strongly in my mind and heart since it was written from her heart. It is a true picture of her beloved brother who committed suicide due to the stress of war.

What advice do you have for those interested in writing poetry for young readers?

My advice to writers who want to write poetry is to study the past. Look at the NCTE Poetry Award winners’ work. Study it. These are among the giants in the field of poetry. They epitomize the brilliance of wordplay–the genius of light verse in the hands of masters like David McCord and X. J. Kennedy, the passionate works by Eve Merriam, Myra Cohn Livingston, and Nikki Grimes. The craft of Valerie Worth, etc.

If you could change one aspect of publishing, what would it be?

It would be to have more editors who know the craft of poetry…who would be willing to take chances with new poets, to get away from the hangup that exists that every book should be thematic.

A book of poetry should be a book of poetry…about many different topics…about what the poet must say…feel…hear inside one’s self.

In my early career (and since) I have interviewed over two-hundred authors and illustrators. Memories abound. How could they not?

My life has been blessed.

Looking back, I cannot believe I have created more anthologies for children and young adults than anyone else in the history of children’s literature. I have also done novels, picture books, a host of professional books, and oodles of articles for professional journals. 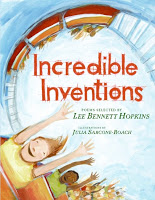 City I Love is quite exciting in that it is the first book of my own poetry to appear in quite a long time.

On the horizon is Sharing the Seasons (McElderry Books, 2010), illustrated by David Diaz, a huge collection bringing seasons to a new view like never before.

David has created an entirely new palette for this collection. His art is mind-boggling. Not only is David a marvelous artist, he is a dear friend. Even before he won the Caldecott Award, we have always wanted to do a book together. We’ve come full circle with…Seasons.

In addition, I have at least six new projects finished and in production.

I always have, and always will continue to pass the poetry. I ask that all adults pass it along to our youth, too. Please?