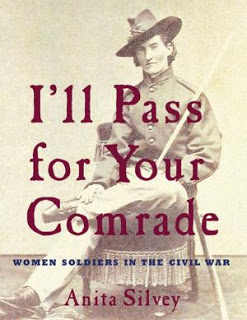 Could you briefly update us on your back-list titles, highlighting as you see fit?

Congratulations on the release of I’ll Pass for Your Comrade: Women Soldiers in the Civil War (Clarion, 2008)! Could you tell us about the book?

In this photo-essay for fourth through six grades, I explore the stories of the thousand women soldiers who fought on both sides in the Civil War. Disguising themselves as men, they became active participants of all the Civil War battles.

The book tells how they pulled off their disguises and what life was like for them during the Civil War and afterward.

What was your initial inspiration for exploring the topic?

I’m an arm-chair Civil War buff and picked up De Anne Blayton’s and Lauren M. Cook’s They Fought Like Demons (Louisiana State University Press, 2002), the most thorough academic study of women soldiers in the Civil War.

It occurred to me that if I could find a story line, this would make ideal material for young readers.

It was six years from the time I first talked to my editor Dinah Stevenson to publication of the book. We went through at least four major revisions. I had to get permission for 65 photographs and drawings that I wanted to use. Fortunately, one of my strengths is persistence.

We know so little about each of these women, individually. So I needed to find a way to tell about their experience, using snippets from each of their lives.

Research was wonderful, but with any project of this duration there are always the dark moments. Three and a half years into the book I was just about to write Dinah and tell her I would send back the advance. And then, it occurred to me how I needed to organize each chapter.

Three weeks later I sent her the draft that she accepted.

As Avi once said about writing, you keep working and working, and it isn’t right. And then when it is, they take it away from you!

What was your greatest research coup?

I wanted to write about what these woman soldiers actually saw in battle.

After I had done enough research, I traveled to Antietam area for a week and traced where all of them had stood and fought during the battle.

Some of their personal comments stood in contrast to official records, but eventually I pulled everything together and all the pieces fit. I felt like Superwoman!

Nothing beats research, one of the great reasons to write nonfiction.

What advice do you have for writers with an interest in children’s nonfiction?

Make sure you choose a topic that can hold your attention from two-to-five years.

In my experience, all nonfiction books tend to take a half year to three years longer than I think they will.

What else do you do in the world of children’s literature?

I teach courses in Book Publishing at Simmons College, Author Studies at St. Michael’s College during the summer, and lecture throughout the country.

All of my writing, to some degree, is based on teaching – conveying information about a subject. As I do in the classroom, I work for clear organization and direction. I also try to “light fires” in the minds of my students and readers.

So far, as an reader, what are your favorite children’s-YA books of 2008? 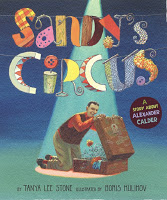 I think children’s book publishing works best when you have a lot of mid- or small-sized houses, thereby giving writers a choice of houses who hold different visions of children’s books.

The fact that 85% of the titles now come from the big five houses (Harper, Scholastic, Random, Putnam, and Simon) means fewer possibilities for really talented people.

England, by the way, went through a similar phase about fifteen years ago, and then as the large houses failed, dozens of small ones mushroomed up.

We have been going through some of this change here; but we simply need more options, in terms of publishers.

You’ve had such a distinguished career in youth literature! Could you share with us a favorite memory? 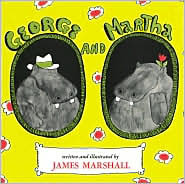 I have a lifetime of memories, all of them precious. Certainly many of the favorites come with time shared with some of the great authors and illustrators no longer with us–Robert McCloskey, P. L. Travers, H. A. and Margret Rey, Rumer Godden, Ezra Jack Keats, Elizabeth George Speare, Scott O’Dell, and James Marshall. Again, the list could go on and on.

I love the people who write and illustrate children’s books; they do the most incredible thing in the world as they try to craft something that matters for children.

What do you do outside the world of reading, writing, and publishing?

I have two large Bernese Mountain Dogs, and we take long walks every day. As I age, I find the simple pleasures of life — lunch or coffee with a friend, playing with my great niece, walking my dogs – provide me with the greatest joys.

Wow, you’re busy! How do you balance it all?

I tend to have periods of great productivity, followed by times of sloth. In the latter, I remind myself that creativity happens in the empty place.

An amazing book called Everything I Need to Know I Learned from a Children’s Book, coming out from Roaring Brook in the fall of 2009. For it, I have interviewed leaders in a variety of professions – Andrew Wyeth, Pete Seeger, Kirk Douglas, Steve Forbes, Donna E. Shalala – about a children’s book that had a profound impact on them. It has been incredible pulling these testimonies together.