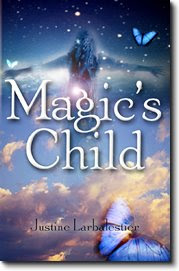 I last featured an SCBWI Bologna series interview with you in 2006! Highlighting as you see fit, could you update us on your back list and writing life since that time?

Since that interview Magic’s Child (Razorbill, 2007), the final book in the Magic or Madness (Razorbill, 2005-2007) trilogy, was published. All three volumes are now available in paperback.

Scott and I still haven’t written anything together and are unlikely to do so for at least another few years.

I have a new publisher, having shifted from Penguin to Bloomsbury. I love my new publishing house!

Congratulations on the release of How To Ditch Your Fairy (Bloomsbury, 2008)! What was the timeline between spark and publication, and what were the major events along the way?

Thank you! I started writing HTDYF on the day that Magic Lessons (Razorbill, 2006) was due in January 2005. This is not really the best meeting-deadline practice, but what can I say? It seemed like a really good idea at the time.

The very first thing I wrote was what became the third chapter. Once I finished Magic Lessons, I kept working on HTDYF and continued writing it on and off as I worked on Magic’s Child.

Writing HTDYF was the most fun I’d had writing in ages. It’s amazing how much more enjoyable it is to write a novel without a big honking deadline. Also I enjoy the naughty feeling of working on something I’m not supposed to be working on.

Advice for the just-published me: Pay no attention to Amazon rankings! It has little bearing on your actual sales figures.

What would you say on the topic of writing young adult fiction?

Just do it! It’s the most exciting genre right now. Everyone should be reading and writing it.

A lot of people who don’t write or read YA seem to be under the impression that the genre is defined by what you can’t do. Not true.

YA can be written as simply or complicatedly as you want. You can cover any subject matter. But it has to be through the lens of adolescent experience.

At a fundamental level, YA is about coming of age, which typically means your protagonist is a teenager but can extend into their early twenties.

Though once you’ve made a name as a YA writer, pretty much everything you write will be published as YA. I don’t think Marcus Zusak‘s The Book Thief (Knopf, 2006) or Margo Lanagan‘s Tender Morsels (Random House, 2008) would have been published as YA if it weren’t for those authors’ track records. Indeed, in Australia those books are published as adult titles.

We both have writer spouses. How does it work at your house? Do you write together, critique one another’s work, or write totally separately?

Scott [Westerfeld (author interview)] and I frequently write in close proximity. Same room, occasionally same desk or table. Though when we’re writing and deep in our books, it’s not like we notice anyone else. Except when we look up from time to time to ask for another word for “pulchritudinous.”

When we’re working on first drafts, we read the other one chapters every few days. Reading it out loud means you don’t get an annoying close criticism, just general comments about story and characters, which bits are boring, what works, what doesn’t.

Reading out loud is also a good way to hear which sentences suck. If you can’t read them out loud without stumbling it’s usually a sign of suckage. We have a rule that you can stop at any point to make edits, which can be frustrating for the person listening who’s gotten caught up in the story, but is invaluable for making the books better.

What do you love about the dynamic? What are its challenges?

One of the lovely things about both being full-time writers is that when one of us has an imminent deadline, the other one can drop what we’re doing and take care of what needs taking care of, leaving the other one to concentrate on their book. We each get to be wife!

However, we now have the same deadline—we both have fall books—and that system fell apart. We solved the problem by staying in a hotel for the last month and having the hotel staff be wife. Expensive but it worked. It’s the most relaxed we’ve both been in ages.

Writing was fun! We finished our books at the same time and they were on time, too, and if I don’t say so myself, um, which I am—they’re the best we’ve written thus far. 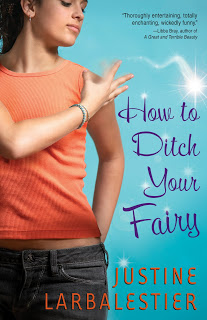 I’m not one of those writers who generates a lot of income by doing school visits. I spend way more time writing novels than I do on the road promoting my books.

Though I’m about to go on my very first tour to promote HTDYF. I can’t tell you how excited I am. Meeting your readers and the booksellers who sell your books is one of the best parts of the job. [Note: Justine’s tour is ongoing; see: Toronto, Central Texas information.]

You have one of my favorite author blogs! What is your approach to blogging? Why do you make the time and effort?

Thank you! I love blogging. It’s my favouritest thing in the whole world (other than eating mangosteens).

It’s so much more immediate than novel writing because the gap between writing and publication can be a matter of minutes, not months or years.

I love the reader responses and seeing lively discussions develop in the comments threads. I often use the blog to find out what my readers are thinking and to help me with my research, which is probably cheating, but who cares.

When I’m on the road or staying somewhere without Internet access, I get twitchy. I really hate it when I don’t get to blog every day.

Most immediately I have a very long story, “Thinner than Water”, that will be out in November in a collection, Love is Hell, edited by Farrin Miller (HarperCollins, 2008). It’s a dark faery rewrite of a couple of different Cruel Lover ballads. I’ve been writing this story, under many different titles, on and off for twenty years. I’m thrilled to have finally got it right.

The novel I just finished is called Why Do I Lie? after the song of the same name by Luscious Jackson. It’s about a compulsive liar and is my first realist novel. It’s also my first novel without any Australian characters—that was quite a challenge. Right now I’m really proud of it, but then I haven’t gotten my editorial letter yet.