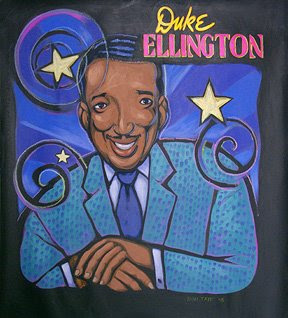 Jeanette Larson is an Austin-based librarian and member of the Texas Library Association.

What is the TLA Disaster Relief Fund?

It is a fund maintained by the Texas Library Association to provide small grants to libraries in Texas that have been affected by natural disasters.

Funds help libraries during recovery efforts and can be used for replacement of materials, purchasing supplies for clean up, doing things to help staff cope with the aftermath, or to make minor repairs and such.

What was the inspiration for it, and when was it instituted?

The fund was started by Jeanette Larson and Mark Smith in 1999.

As is typical in Texas, there had been a series of natural disasters and we were thinking about ways to help focus attention on the needs of libraries in the aftermath.

Illustrator (and big Texas library supporter) Rosemary Wells had offered to donate original art to benefit Texas libraries in some way. Using children’s book art for a raffle seemed like a good way to start a fund.

In 2002, TLA set up a committee that works with the raffle (along with other fundraising projects), develops programs on disaster preparedness to be held at the annual conference, and reviews grant applications and awards money to libraries.

The funds are often more symbolic because the grants are small, but they provide a great boost to local morale as patrons and staff realize that librarians, authors and illustrators, and the community at large are trying to help.

What is the money used for?

The first awards were given in 2001 to C.E. King Middle School Library and the Sheldon Independent School District to recover from flood damage caused by Tropical Storm Allison.

As might be expected, a number of awards were given in 2006 following Hurricane Rita, and all nine libraries in the Beaumont/Port Arthur area that were damaged and requested assistance received funds. Funds helped to replace lost materials, repair facilities, and extend service hours during the recovery period.

Why is this year especially important?

The fund has taken a real hit after a number of years of heavy damages to libraries. With the damage to Galveston, Port Bolivar, Houston, and coastal areas, the fund needs to be replenished.

The fund is supposed to be an endowment where the capital is maintained. But with so many libraries in need, the fund is being depleted.

The economy has added to the problems caused by Hurricane Ike because library budgets are flat or down, making it even harder to recover from disasters.

We keep the cost of raffle tickets low so that everyone can help…and have a chance to win a great piece of original art by a wonderful artist.

Interestingly, the TLA conference where the winning raffle ticket will be pulled is in Houston, which also suffered from Hurricane Ike. Many Houston area libraries were damaged.

Could you tell us about the history of the TLA raffle?

As I mentioned, Rosemary Wells had offered to give me several pieces of art to use in some way to help Texas libraries. We started with an online auction.

The first raffle was for a piece created for The Bear Went Over the Mountain.

One of the things I love about the raffle is that sometimes the pieces were used in the book, but often they are a study or “off piece”–a piece created but then not used in the book. These are extremely rare and collectible.

Because of Rosemary’s help we christened the Web page where we display the art as The Itsy Bitsy Gallery. 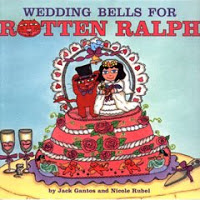 The first raffle was a great success so we decided to continue it.

I started out by asking people I knew if they would donate a piece.

In 2000, the raffle featured a piece by Nicole Rubel from Wedding Bells for Rotten Ralph by Jack Gantos (HarperCollins, 1999).

Since then donors have included Denise Fleming, Adrienne Yorinks, Roxie Munro, Brian Floca, and many others.

For the tenth anniversary, Diane Stanley donated a beautiful piece from Charles Dickens –The Man Who Had Great Expectations (HarperCollins, 1993).

How does it work?

After the piece is donated, the TLA staff scans it and puts an image on the Itsy Bitsy Gallery.

People from all over can purchase raffle tickets by printing off the “tickets” and sending them in with a check.

This also allows Texas librarians and library supporters, as well as art collectors, to participate even if they can’t attend the TLA conference.

At the conference, a team of volunteers wanders the halls, staff tables, and hangs out at big meetings, selling tickets. Several years ago, they started wearing tornado headbands that make them very recognizable!

At the second general session, all of the tickets are placed in a “squirrel cage” and the winning ticket is pulled out. Frequently, the winner is in the audience, but if not, the piece is mailed to him or her.

That first piece by Rosemary Wells was won by Nancy F. Shanafelt, a catalog librarian at McMurry University in Abilene. She was in the audience and almost immediately announced her intention to donate the work to the National Center for Children’s Illustrated Literature, which happens to be located in Abilene. The librarian who won the piece by Diane Stanley displayed it in her library.

What painting will be featured this year?

Don Tate has donated a study for an upcoming book he is illustrating. It is attentively titled “Duke Ellington’s Nutcracker Suite” and features a young Duke Ellington.

The book is the story of how Duke Ellington and Billy Strayhorn collaborated to rewrite Tsaichovsky’s “Nutcracker,” and is being written by Anna Harwell Celenza. Don expects the book to be published in 2010 by Charlesbridge.

Why was illustrator Don Tate chosen as the contributing artist?

I’m very fortunate to know many illustrators. I ask talented people–often from among the many wonderful folks living in Texas, from Texas, or who love Texas.

Don has been illustrating books for many years and just keeps getting better and better.

I also look for different art styles and topics so that we can reach even more people who are willing to buy a raffle ticket.

Could you tell about him? 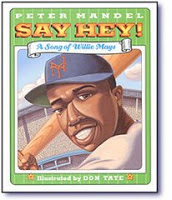 I don’t remember how I first met Don, but he lives and works in Austin so it was probably at a local book event (or something at your home!).

He is a self-taught painter who works in oils and acrylics. His first trade book was Say Hey: A Song of Willie Mays written by Peter Mandel (Jump at the Sun, 2000).

Although Don has a very distinctive style—rounded, soft featured figures– each book has its own style that shows the breadth and depth of Don’s talent as an illustrator. He uses perspective and humor to make each book exciting and fresh.

Don is a very kind and gentle man and he comes from a literary family. His aunt is author Eleanora E. Tate. He credits her with inspiring him to draw and tell stories.

Are there other ways to contribute to or otherwise support both the fund generally and the raffle specifically?

Well, of course, the fund always welcomes cash donations! Buy a couple of raffle tickets and “take a chance on art” or simply make a donation to the fund (information is online at https://secure.txla.org/secure/forms/donmenu.asp).

Anyone who is attending the TLA conference would be welcomed by the Disaster Relief Committee to help sell raffle tickets. 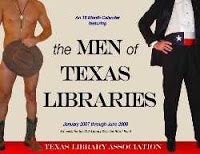 Also, last year TLA created a Men of Texas Libraries calendar, featuring slightly risqué photographs and profiles of male librarians. In a predominately female profession, there were so many wonderful guys that TLA had to make it an 18-month calendar!

Watch the TLA website for another calendar that will feature the tattooed librarians of TLA!

Also TLA is planning another online auction of special pieces of artwork, so we always welcome additional donations from children’s book illustrators.