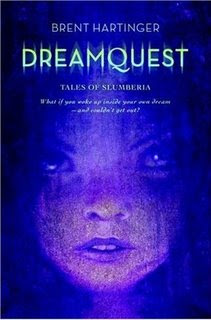 Here’s the latest reply, this one from author Brent Hartinger.

That I’m absolutely crazy-insane to make my living as a writer of fiction, and that I wouldn’t have it any other way.

Lately I’ve been doing some work for some friends producing online content, so I’ve had a chance to really compare the two mediums: publishing versus the Internet.

And after ten years in publishing, I kind of have to describe it as something of a harsh, desolated crack expanse of earth, where you maybe can grow enough food to eat, but it’s really, really hard. You have to know exactly what you’re doing and, frankly, you have to have a lot of luck.

Meanwhile, the Internet world is like that scene in The Magician’s Nephew [by C. S. Lewis, 1955] where Narnia is only a couple of hours old and everything is lush and rich and productive. Bury a toffee in the ground, and a couple of hours later you have a toffee tree!

Basically, if you’re smart and you have talent and you work hard, you’ll be a huge success in the world of the Internet. But in publishing? Well…that’s just not necessarily true.

Okay, now that I’ve completely depressed you, let me know also say that working in publishing can still be extremely satisfying–more satisfying than working in the Internet.

Why? Because the people who still read books, though they’re decreasing in numbers and influence, are some of the best, smartest people in the world.

And the people who still choose to work in publishing, they’re some of the nicest people in the world.

Finally, the whole process of creating characters and inventing stories for them to inhabit?

It’s just so phenomenally, wonderfully satisfying. That’s why a lot of people do it even without getting paid. So imagine a situation where you do get paid for it–and get gushing fan mail to boot! It’s still a pretty heady thrill.

What am I saying? Basically, that it’s an incredibly tough business, getting tougher every day. And yet, somehow, it’s still a wonderfully satisfying life.

I confess, I might change my mind in a few years if things get too much worse. But for the time being, it’s still a pretty easy call: I absolutely love being a writer.

Read a Cynsations interview with Brent.