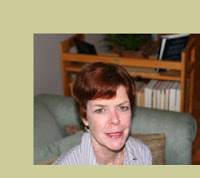 She was the editor of Book Links: Connecting Books, Libraries, and Classrooms, a publication of the American Library Association, and launched and edited ASK: Arts and Sciences for Kids, a nonfiction magazine for Cricket Magazines.

During eight years as a children’s book editor, she has been an editorial director of children’s books for Houghton Mifflin, an executive editor of Charlesbridge, and a senior editor for Cricket Books.

Judy is now a freelance editor for publishers and a book doctor for writers and literary agents. She offers critiques and developmental editing, working with manuscripts in all genres and age groups—picture books, early readers, middle grade, and young adult; fiction, nonfiction, and poetry.

As a result of Judy’s broad editorial experience and extensive contact base, she can also provide assistance in targeting a writer’s work to a particular sector of the publishing field.

Judy is a sought-after presenter for workshops, writers’ retreats, and panels on writing and publishing for young people.

She has served on the boards of directors of the American Library Association’s Association of Library Services to Children, The Foundation for Children’s Books, and the United States Board on Books for Young People (of which she is past-president).

Could you tell us about the trend toward more editors-at-large in youth publishing?

Many senior editors have recently (and not-so-recently) been laid off, due to mergers of large publishers, changes in top-level management, and for many smaller publishers, the paring of staff salaries, which often starts at the upper levels of editorial staff.

The result is that there are many more experienced editors-at-large, working freelance on a project basis, as contract editors, or finding other new ways of doing their work without full-time jobs with a publisher.

What caused you to shift from a full-time, traditional editorial job to freelancing?

A serious illness in fall 2007 resulted in speech problems, the contracture of both of my hands, and the amputation of the tops of both of my feet.

The dedication of many doctors, nurses, physical and occupational therapists, and the amazingly generous and constant support of colleagues and friends in all segments of the children’s book industry have made it feasible for me to be doing some very rewarding editorial work, though I am not now able to work full time for a publisher.

What are the pros of freelance editing?

Although my current situation of working entirely freelance and part-time is due to health changes and challenges, I had formerly been working a four-day week for Charlesbridge Publishing while working evenings, weekends, and “freelance Mondays” as a “book doctor”–helping writers develop their work before submission and assisting them in targeting appropriate agents, publishers, and editors who may be a good match for their particular styles, genres, and audiences.

I was also doing a good number of workshops and presentations for writers, illustrators, teachers, and librarians. I had always loved working with authors and illustrators, but increasingly, I found my freelance work the most rewarding and exhilarating of my two jobs, both of which seemed to claim my 24-7 attention.

Working independently meant I could focus directly on developing an author’s manuscript. The job did not involve the daily meetings, scheduling, or committees that I had viewed as unavoidable throughout my thirty-five years as an editor for a wide range of nonprofit and for-profit publishers.

Like most editors, I changed jobs and publishers several-to-many times during my career. Most changes were my choice, as editors must often have to move outside of a publishing house to move up. Some changes were due to budget cuts, discontinued staff positions, or changes in command due to mergers. Always, though, it was difficult to leave friends and colleagues, as well as policies, procedures.

My new free-wheeling status means I’m looking forward, once again, to considering all publishing people my close colleagues, while respecting confidentiality about any projects on which I work with publishers. And maybe I’ll even get back on the A-list for publishing parties. 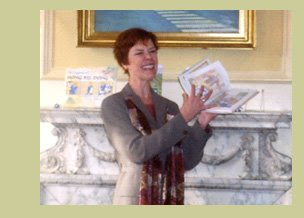 Could you tell us about your editorial life today?

I am pleased to be doing some informal consulting with Charlesbridge Publishing on a long-term project for which I had formerly (and formally) been editor and project manager.

I have had conversations with other publishers with whom I hope to be doing editorial and acquisitions work.

I have also been working with authors, again on an informal basis, to review and suggest revisions on their works-in-progress.

I’m very much looking forward to expanding my work with writers, and getting back to traveling for presentations and workshops.

I will be attending NCTE 2008 in San Antonio, ALA Midwinter 2009 in Denver, IRA 2009 in Minneapolis, and ALA Annual 2009 in Chicago, all in an informal marketing capacity for Charlesbridge.

I hope these opportunities will lead to more assignments in these areas, allowing me to love both my work and my job because they are finally, literally, on the same page.