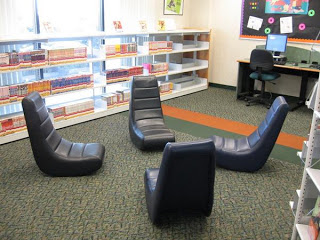 On March 29, I had the honor of visiting with librarian Marian McTrusty and her YA book club at the Cedar Park (TX) Public Library.

The full group of 12 teens, plus an enthusiastic mom, Marian, and I discussed Rain Is Not My Indian Name (HarperCollins, 2001)(Listening Library, 2001). Everyone had read the book ahead of time, enthusiasm was high, and both laughter and thoughtful discussion were abundant.

The event was part of a monthly series of local author visits that Marian had organized. She’d secured grant financing so that, month after month, the participating readers could each receive their own copy of the latest featured book and then have an opportunity to discuss it with the author.

I’m so sorry to report that Marian died unexpectedly the next day.

From the Austin-American Statesman: “After graduating from St. Michaels High School, she attended Austin Community College. She graduated from Texas State and received a Masters in Library Sciences from the Texas Women’s University. Marian was a member of St. Vincent de Paul Church. She was also a member of several organizations: Angel Network, Texas Library Association, the National Library Association and was known as ‘Miss Marian’ by all the children at Cedar Park Library were she served as the children’s services librarian. Her greatest loves were all kinds of books, cake decorating, arts and crafts, and shopping.” Marian was 35.

Again from the Statesman, “In lieu of flowers; please donate a book to your favorite library in Marian’s name.”

The Austin area youth literature community and Cedar Park readers have lost a great champion. More personally, I’m thankful that I had the opportunity to work with Marian, putting together her speaker roster. My husband Greg and I visited her library three times in the last two years. She was at my home for the Tantalize launch party. Good memories.

My sympathies to Marian’s family, friends, colleagues, and library patrons. I miss her already.

Susan Beth Pfeffer on Susan Beth Pfeffer: “In first grade, I wrote Dookie The Cookie and realized right away that I wanted to be a writer. I wrote my first book that got published, Just Morgan, my last semester at NYU and never looked back. I’ve written a lot of YA, a fair amount of middle grade, a few first chapter books, one picture book and one non-fiction book. I’ve never had a day job, although I’ve done the same volunteer work for my friends of the library organization for about fifteen years (once I start on something, I guess I stick with it).” See also an Author Spotlight from Random House.

I wrote Just Morgan because I was going to graduate from college with no career skills whatsoever. I’d majored in Film History because I loved movies (I still do). I was taking a course in book publishing, figuring that since I also loved books, I might as well be an editor.

One of the guest lecturers suggested that an approach to getting a job as an editor was to write a book, which, even if it remained unpublished, would be regarded as an accomplishment. I don’t know. It made sense at the time.

Anyway, I’d known in seventh grade that the books I was reading were pretty bad and I could do better, so I decided to write a book for seventh graders. Just Morgan was the book I would have wanted to read at age 12 (I was 20 at the time, so my memories were still strong).

My professor read the manuscript, declared it publishable, sent a letter of introduction to a small house that no longer exists, and a few months and one rewrite later, I’d signed a contract and begun my career.

What has surprised you most about being an author? What do you wish you could change?

Congratulations on the success of Life As We Knew It (Harcourt, 2006)(excerpt) and The Dead and The Gone (Harcourt, 2008)(excerpt)(preliminary notes)! Could you tell us about these novels?

After many roller coaster decades, I wrote Life As We Knew It. It’s about a sixteen year old girl, Miranda, who happens to keep a diary at a time when the entire world suffers a catastrophe, the likes of which only an aging freelance children’s book writer who was very angry about conditions in the United States could imagine. Short version–a meteor knocks the moon a little bit closer to earth and gravity does the rest. Tsunamis, earthquakes, volcanoes, famine, epidemics. I thought of it as a disaster novel.

Most disaster stories have what I call the leaping-the-lava moment, when the hero must leap over the flowing lava, carrying some small helpless creature (a kid, a heroine) in his stalwart manly arms. I have no ability to write leaping-the-lava scenes, and I was more interested in the domestic response to disaster anyway. How do you do the laundry if there’s no running water? So that’s what Life As We Knew It focuses on.

The Dead and The Gone is a companion novel to Life As We Knew It. I was intrigued by how everyone else on earth was dealing with this series of nightmares I’d created, so I decided to focus on a character who was about the same age as Miranda, but otherwise very different.

The main character in The Dead and The Gone, Alex, is a lower middle class teenage boy living in New York City. The book starts at the moment the meteor hits the moon and ends a couple of months before Life As We Knew It does.

It was an enormous challenge for me to write from a teenage boy’s viewpoint, and I didn’t make things easier on myself by having Alex be bilingual (I can barely manage English) and Roman Catholic (I’m Jewish). Knowing I had to stick to the same timeline as Life As We Knew It also made things harder. But in spite of all that, I loved writing it.

I’d written YA novels, most particularly About David (Delacorte a long time ago) and The Year Without Michael (Bantam, also a long time ago) that dealt with how teenage girls coped with devastating tragedies. In About David, David, the heroine’s oldest friend, kills his parents and himself. In The Year Without Michael, the heroine’s younger brother vanishes without a trace. Both books are family books, since my favorite thing to write about is families (and YAs are a great venue to do so).

Life As We Knew It and The Dead and The Gone are basically extensions of those sorts of stories, only I’ve upped the ante. Now it isn’t just one family or even one community that’s suffering from the unthinkable. It’s everybody.

You know the cliche–think globally, act locally. I guess that’s what I did with Life As We Knew It and The Dead and The Gone.

How has your writing grown since the early days of your career?

I hope I’m a better writer than I was starting out. I’m certainly a smarter writer. I’ve always been quick and that hasn’t changed, but I do a lot more pre-writing than I used to. The more I know about a story before I begin writing, the happier I am.

Actually the pre-writing is my favorite part of the job. I love making up stories. Writing them down is fun, too. Even rewriting can be fun, when it involves solving a problem. But that first how would this work, would that work better, is what I enjoy most.

If I could go back in time and give Early Me some advice, well I’d start with, Eat Fewer Desserts! Which I wouldn’t listen to, but it would still be worth the shouting.

Then I’d try to explain to myself that careers change, good times turn bad and bad times turn good. So when the times are good, maybe it might be wise Not To Spend All That Money! And when the times are bad, just hold on, do what you can, and expect changes to come. Because somehow or another, they always do.

How about advice for speculative fiction writers in general?

I don’t really have advice for writers of speculative fiction, partly because I hadn’t realized I’d written speculative fiction (or sci fi for that matter) until people started writing about Life As We Knew It. I just thought of it as a problem novel with a very big problem. Also a couple of years ago I made a vow to stop giving advice, and while I haven’t been 100% successful, I really have cut down on my advice giving, and the world is a better place as a result.

Do you have a critique group? If not, who are your early readers?

I’ve never had a critique group per se. For a while I was part of a small and wonderful writer’s group that met at my house on a regular basis. I hosted, and everyone else read what they’d written. I work really really fast, and if I’d read what I’d done between meetings, no one else would have had a chance.

Now though, I have my blog, and lately I’ve been blogging about a book that would take place three years after the end of Life As I Know It/The Dead and The Gone. I’ve been calling it Possible Third Book (or P3B for short), since I’m writing it on spec, with the hope that Harcourt will publish it.

My mother keeps saying, “You’re writing this book by committee,” and I respond that I’ve written all my books by committee–a committee of editors and copy editors and whoever else makes suggestions and decisions between first drafts and final publication.

I’ve loved the back and forth between the blog readers and myself as I try to iron out plot problems. Everyone is supportive and encouraging and not at all reluctant to give advice. Which I may not give, but I’m always happy to receive! 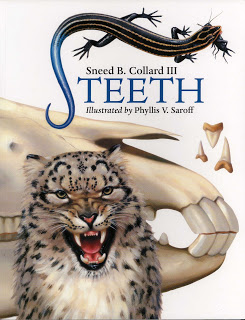 Today, several writers at Interesting Nonfiction for Kids will offer a live chat from noon to 1 p.m. EST.

Questions may include: “What are the hot titles for 2008, what makes a good picture book biography, and how does an author decided how to approach his/her subject?”