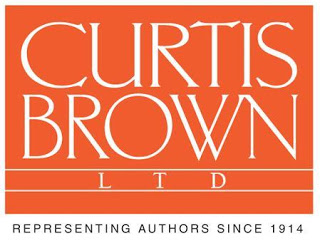 Ginger Clark is a literary agent with Curtis Brown Ltd. in New York. She represents science fiction, fantasy, paranormal romance, paranormal chick-lit, literary horror, and young adult and middle grade fiction. In addition to representing her own clients, she also represents U.K. rights for the agency’s children’s list. She lives in Brooklyn with her husband and pet chinchillas. Anita Loughrey interviewed Ginger in February 2008, as one of the speakers at the SCBWI Bologna Conference 2008 (scheduled for March 29 and March 30 in Bologna, Italy).

What is the book or experience that made you want to work in children’s literature as a literary agent?

I was always a big reader as a child and teen, and sometime during high school I decided I wanted to be a writer. However, I realized that it would be very tough to do that and earn a living–so at first I thought I would be a lawyer to pay the bills and write in my spare time.

After spending several summers working for lawyers, I realized that law probably was not the field for me–and so I interned for a medical publisher in Philadelphia during my last summer in college. I liked it a lot. When I graduated a year later, I moved to New York and have worked in trade publishing since. And I no longer want to be a writer myself.

So to answer your question (finally!), there was no one specific book or experience that made me want to be an agent. More just an intense love of reading and books from an early age. I do remember being about age 5 or 6 and reading a picture book to myself for the first time at the local library, and how powerful and independent I felt doing that.

How did you get your start as an agent?

My second job in publishing was working as an assistant to an agent at Writers House. I started taking on clients within a year and a half of starting and then built my list during the rest of my time there. When I moved to Curtis Brown in the fall of 2005, I took almost all of my clients with me.

It begins by spelling my name correctly! There is a sentence that sums up the plot nicely, along with a sentence or two as to why the author thinks I’d be the right agent for the book. Then, no more than two paragraphs of plot description. Then please suggest authors whose work yours is similar to.

Please also be correct as to what age group you are writing for. Fourteen-year olds are not interested in reading about ten-year olds, so your work is probably not YA or Teen, but middle grade.

Also, there is no such genre as sci-fi/fantasy. It’s either science fiction or fantasy. (Unless it’s science fantasy, and I can sense your head is exploding, so never mind!)

Unrealistic dialogue is a big turn off for me. And this is key with writing for the children’s market–kids are very good at picking out what is legit and what is not. They know when characters don’t sound like themselves or their friends.

I also am not a fan of a lot of “info dump” early on in the manuscript–or really, at any point in the manuscript. World building and communicating background information can be conveyed by dialogue or interior monologue.

Now that you are handling U.K. rights to Curtis Brown’s children’s list does that mean you will be based in the U.K.?

No, no–it just means I will be going to London once a year to meet with editors, and also seeing many of them at Bologna. Most of my time will still be focused on handling my own clients and their needs. It does mean I will be learning an entirely different market, and what works and doesn’t work there.

I’m just back from my first trip over to meet editors in London, and it was very productive and very educational.

And man, London is rather expensive. Though the chocolate and cheese are fabulous!

Do you specialize in any particular genre and/or are you looking for anything in particular (genre-wise) at the moment?

What are publishers telling you about the market and what they’d like to see?

I think my above answer has some overlap here. I’m also hearing they want more middle grade series, that the picture book market is slightly recovering from the drop off a few years ago, and that young adult fantasy still sells, but it needs to be a little more fresh and different than, say, five years ago. And they’d like a good, fun science fiction series for middle grade or young adult.

From an agent’s point of view, what are the “realities” of children’s book publishing?

Kids are not reading as much and as widely as they did twenty years ago. I could spend an hour discussing why I think this is the case, but it’s a fundamental reality.

One series that is represented by another agent here at Curtis Brown, The Squad (by Jennifer Lynn Barnes) is about cheerleaders who are secretly spies for the CIA. It is exciting, funny, and a blast to read. I wish I had had something like this when I was young!

Publishing in general is a smaller market than it used to be, so writers need to be realistic about how much money they can make, and how long it could take to build an audience successfully. Patience is required, as is a day job.