Enter to win a copy of Brothers, Boyfriends & Other Criminal Minds by April Lurie (Delacorte, 2007)! Note: giveaway has been upgraded from an ARC to a final hardcover copy!

“But does the favor, along with the crisp hundred-dollar bills that turn up in their school books, mean that April and Brandi are now in with the Mob? Will April be able to get ‘protection’ for her older brother, Matt, when he makes the big mistake of falling for the daughter of a big crime boss? And will April’s connection to Soft Sal bring her closer to Dominick DeMao, bad-boy rocker and heartbreaker?

“Soft Sal, Matt, Dom…in April’s neighborhood the guys stir up all the trouble, but April wouldn’t have it any other way.”

Read April’s blog, April Afloat, and visit her at MySpace! Read a Cynsations interview with April!

Cartoonist Jeff Smith rocks the world of graphic novels: interview by Linda M. Castellitto from BookPage. Here’s a sneak peek: “Librarians and teachers have let me know they are getting reluctant readers to read with Bone. So people can actually see there are benefits to graphic novels, vs. the stigma that always was attached to comics… I knew it wasn’t true. I learned to read because of comics.” Visit Boneville. Note: As a pre-schooler, I learned to read with comics from the nearest convenience store and picture books from my local public library.

Tami Lewis Brown interviews Andy Sherrod (part one, part two) at Through The Tollbooth as part of a week-long examination of boys and reading.

Going YA2 by Judith Rosen from Publishers Weekly. Here’s a sneak peek: “the category has grown to encompass books for younger readers as well as those in high school. Now booksellers are faced with a new question: Where to shelve books like Meg Cabot‘s The Princess Diaries, if John Green‘s Looking for Alaska is considered YA?” Source: Stacy Whitman’s Grimoire. See also Stacy’s recent post on Self Publishing v. Trade Publishing and a Cynsations editor interview with Stacy.

Getting a seat at the Coretta Scott King Book Award Table from Black Threads in Kid’s Lit. Note: a breakdown by percentage of repeat winners of the award.

In Books for Young, Two Views on Product Placement by Motoko Rich of The New York Times. Source: Coe Booth at The Longstockings; please direct comments to The Longstockings at this post or Read Roger at this one.

Welcome to Sarahland: YA author Sarah Dessen hits home with teens by bringing them to hers by Sue Corbett from Publishers Weekly. Visit Sarah’s LJ and MySpace page. Read Cynsations interviews with Sarah and Sue. 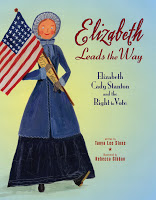 Kids Clapping for Nonfiction by Tanya Lee Stone from I.N.K. (Interesting Nonfiction for Kids.) Tanya’s recent titles include the very timely Elizabeth Leads the Way: Elizabeth Candy Stanton and the Right to Vote, illustrated by Rebecca Gibbon (Henry Holt, 2008). Visit Tanya’s LJ and MySpace page! Read a Cynsations interview with Tanya about her YA novel, A Bad Boy Can Be Good for a Girl (Wendy Lamb/Random House, 2006).

Did You Know Red Pencil is Harder to Erase than Gray Pencil? from Janni Lee Simner‘s LJ, Desert Dispatches. Brief insights into the copy editing stage; very on mark (so to speak).

David Levithan: the Happy Editor-Writer by Rachel Deahl from Publishers Weekly. David is a Scholastic editor and the author of several novels, including Marly’s Ghost, illustrated by Brian Selznick (Dial, 2005). Read a Cynsations interview with David. Source: The Longstockings.

Courtney Sheinmel debuts her official author site. Courtney is the author of My So-Called Family (Simon & Schuster, fall 2008). From the promotional copy: “Leah Hoffman-Ross just moved to New York and she wants her new friends to think she’s a typical thirteen-year-old. But Leah has a secret: she doesn’t have a father, she has a donor. Before Leah was born, her mother went to Lyon’s Reproductive Services and picked Donor 730. Now her mother is married and Leah has a stepfather and a little brother. Her mom thinks that they should be all the family Leah needs. Despite her attempts to fit in and be normal, Leah can’t help but feel like something is missing. When she finds the link on the Internet to the Lyon’s Sibling Registry, Leah knows she has to see if she has any half-siblings. And when she discovers that one of the other kids from Donor 730 is a girl her age, Leah will do anything to meet her–even if she has to hide it from everybody else.” Courtney also has two additional titles under contract with Simon & Schuster. Visit Courtney’s LJ. See Web designer Lisa Firke’s story-behind-the site. 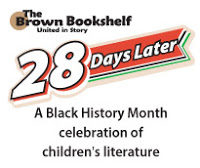 Here’s a peek at their Feb. 19 interview with Sundee Frazier: “I’m glad to be able to contribute stories that validate the existence of kids growing up in interracial families or who are conscious of their mixed racial heritage.” 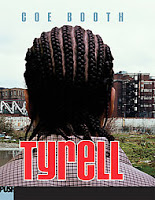 Here’s a peek at their Feb. 22 interview with Coe Booth: “A few people have said I should write more uplifting stories with more upwardly mobile characters. But this is only my first novel, and this one is about one particular boy. It doesn’t mean everything I write will be exactly like this. But I also think it’s important to write about characters like Tyrell because people like him exist. And young people like Tyrell deserve to have books they can relate to available to them.”

I highly recommend “The Spiderwick Chronicles” movie, based on the book series from Holly Black and Tony DiTerlizzi! I saw it last weekend at the Alamo Drafthouse on South Lamar here in Austin. The storyline, acting, and effects are all fantastic. You’ll want to buy the DVD later, but don’t wait until then to watch the film. Especially with the amazing effects, it’s well worth seeing on the big screen! Learn more about The Spiderwick Chronicles. Read a Cynsations interview with Holly.

My thanks to Jamie, a member of Tantalize Fans Unite! (a reader-created group) at MySpace, for designing a couple of Tantalize-inspired book trailers. Jamie is age 14 and hails from Kentucky. She also is a writer. See trailer one (highlighting the transformation aspect) and trailer two, which draws more on the murder mystery.