Cynsations is going on its annual summer hiatus! To those who have interview questions pending, please complete them at your leisure and send them when they’re ready. I’ll go ahead and format so they’ll be ready to run when I relaunch. 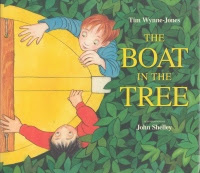 The following month, I’ll be on the faculty at Writing & Illustrating for Children, the 36th annual summer of conference of SCBWI. The event will be held August 3 to 6th in Los Angeles. My topics are “Increasing Your Revenue & Book Sales: Blogs and Websites” (part of a special workshop track) and “Using the Web to Build Craft and Career.”

Austin-area readers, mark your calendars! I’ll also be speaking and signing at the Hastings Books, Music, and Video in Round Rock (2200 S. I-35) during the afternoon of Aug. 18. More details forthcoming! In addition, I’ll visit the University Hills branch of the Austin Public Library from 7 p.m. to 8 p.m. Aug. 23.

What’s Fresh With Cynthia Leitich Smith’s Tantalize: an interview at YA Fresh (from Kelly Para, author of Graffiti Girl (MTV, 2007)). Visit Kelly at MySpace! Note: watch for another upcoming interview with me at Seven Impossible Things Before Breakfast. 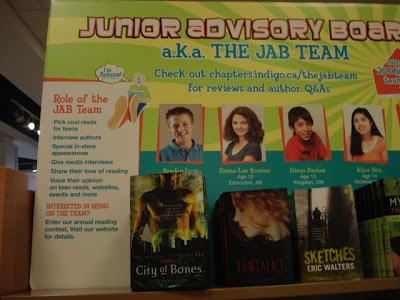 Tantalize (Candlewick, 2007) is a Junior Advisory Board (JAB) pick at Chapters. Emma-Lee Kramer, 12 from Edmonton, Alberta writes: “I found this book extremely entertaining. Author Cynthia Leitich Smith threw such curve balls and twists of plot that it was always a weird and wonderful read. Tantalize kept me transfixed and it was nearly impossible to put down. A book that keeps me that engaged can earn no less than five stars.” City of Bones (The Mortal Instruments, Book 1) by Cassandra Clare (McElderry, 2007) also is a JAB pick. Note: “The JAB contest encourages and supports a love of reading for youths aged 10 to 16 years. The annual reading contest searches the country to find the nation’s [Canada’s] top young readers and give them a chance to voice their opinions about what kids should be reading.” Photo by Cecil Castellucci.

Kristen Pihlman of Tracy Press (CA) writes: “Tantalize is as delicious and satiable as a generous slice of rich and creamy, chocolate cake.” In addition, Lyn Seippel at BookLoons Reviews calls the novel a “darkly romantic, alluring urban fantasy.”

The July grand-prize giveaway for the Tantalize Fans Unite! group at MySpace will be a signed copy of Don’t Die Dragonfly from The Seer series by Linda Joy Singleton (Llewellyn, 2005)(excerpt). From the promotional copy: “After getting kicked out of school and sent to live with her grandmother, Sabine Rose is determined to become a ‘normal’ teenage girl. She hides her psychic powers from everyone, even from her grandmother Nona, who also has ‘the gift.’ Having a job at the school newspaper and friends like Penny-Love, a popular cheerleader, have helped Sabine fit in at her new school. She has even managed to catch the eye of the adorable Josh DeMarco. Yet, Sabine can’t seem to get the bossy voice of Opal, her spirit guide, out of her head…or the disturbing images of a girl with a dragonfly tattoo. Suspected of a crime she didn’t commit, Sabine must find the strength to defend herself and, later, save a friend from certain danger.” Read a Cynsations interview with Linda about the series. Note: runner-up prizes will be posted to the group board.

Eligibility for the June giveaways is ongoing. These include signed copies of Over and Over You by Amy McCauley (Roaring Brook, 2005)(author interview), Gothic! Ten Original Dark Tales edited by Deborah Noyes (Candlewick, 2004)(author interview), and Exile: Star Wars Legacy of the Force by Aaron Allston (Del Rey, 2007).

Congratulations to Chris Barton of Bartography on the sale of his YA biography on Alan Lomax to Bloomsbury! Note: not many authors have multiple projects sold before the first is released. Keep an eye on Mr. Barton (and an eye out for his forthcoming titles).

Embarrassing Editor Moments by Barbara O’Connor at Greetings from Nowhere. Look for her latest, How To Steal a Dog (FSG, 2007).

Jo Knowles will be teaching a graduate course on writing for children at the Center for the Study of Children’s Literature at Simmons College this fall in conjunction with the MA/MFA program.

Weekend highlights included a party and signing Saturday at BookPeople in celebration of Brian Anderson‘s Zack Proton chapter book series (Aladdin, 2006-). It was a wonderful event, drawing about fifty people, and featured games for the kids. Brian also did an upbeat and entertaining visual presentation about the series. Perhaps the most notable feature was the Warlord of Nibblecheese piñata. You can’t tell from the photo, but it’s enormous. Scroll for behind-the-scenes details and Austin kids save planet earth! Read a Cynsations interview with Brian.

PW Asks: Are There Too Many Books? from Alice CWIM Blog. Congratulations to Alice for sending the 2008 CWIM to the printer!

Writing for Educational Publishers with Pam Zollman: an Institute of Children’s Literature chat from June 2006.