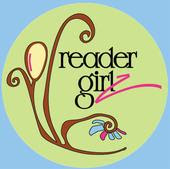 Dia Calhoun is the winner of the Mythopoeic Fantasy Award for Children’s Literature. She is the author of five young adult fantasy novels, three of which are ALA Best Books for Young Adults. Her books are Avielle of Rhia (Marshall Cavendish, 2006), The Phoenix Dance (FSG, 2005), White Midnight (FSG, 2003), Aria of the Sea (FSG, reprint edition 2003), and Firegold (FSG, reprint edition 2003). When she isn’t writing, Dia sings Italian arias, fly-fishes, and canoes down the Pacific Northwest’s beautiful rivers. She lives with her husband and two frisky cats in Tacoma, Washington. Learn more at www.diacalhoun.com.

Janet Lee Carey spends her time crafting magic on the page. She’s published five books including Wenny Has Wings (Atheneum, 2002), winner 2005 Mark Twain Award, The Beast of Noor (Atheneum, 2006), a fall Book Sense pick, and Dragon’s Keep (Harcourt, 2007), which has a Booklist starred review. She also teaches novel writing to writers young and old, speaks in the U.S. and abroad, and yes, she even cooks and cleans and takes out the trash now and again because writers don’t live in ivory towers. Her website is www.janetleecarey.com.

Justina Chen Headley is the author of Nothing but the Truth (and a few white lies)(Little Brown, 2006)(author interview), which was sold at auction. It’s been named New York Public Library Book for the Teen Age, a Chicago Public Library Best of the Best, a Borders Original Voices nominee and a Book Sense pick. She lives in the Pacific Northwest with her husband and two children. Learn more at www.justinachenheadley.com.

Congratulations on the launch of readergirlz! Could you tell us more about it?

Dia: Readergirlz is a new-online book community celebrating gutsy girls in life & lit. We want girls to read and reach out–and be tomorrow’s history. That’s why every month we’re featuring a different YA novel with a super strong female protagonist AND a related community service project.

Each month an issue goes up on our website (readergirlz.com) with a book party package. The package includes discussion questions; menu, decorating ideas, and playlist related to the book; an interview with the readergirlz divas and the author; a list of related books; and the community service project. We host a discussion forum on our MySpace group site (groups.myspace.com/readergirlz) where girls can discuss the book with the author, the readergirlz divas, and each other. We also have a LiveJournal page at readergirlz.livejournal.com. We have all kinds of ways for girls to participate.

Our inaugural March issue features Nothing but the Truth (and a few white lies) by Justina Chen Headley, which has an ugly racist incident. So the featured community service project is for girls to apply for Mix It Up grants at Tolerance.org to tear down racial and social boundaries at school.

What are the particular needs of girls who read?

Janet: Girls who read are thinkers and dreamers. They know how to climb into another person’s skin–that ability builds compassion. Girls who read need ways to express what they’re learning. By providing cool community service choices with every book, readergirlz gives them a chance to move beyond the books and take action. That’s empowerment!

Justina: When I was out on my book tour last spring, I made an effort to visit urban high schools that couldn’t otherwise afford an author. I was shocked and heartbroken–all these incredibly insightful kids with incredibly impoverished libraries and schools. I knew that I could figure out a way to provide teens–regardless of their socio-economic situation–with a rich author experience.

What was the timeline from spark to launch, and what were the major events along the way?

Lorie Ann: Justina conceived the idea for readergirlz nine months ago while touring for Nothing But the Truth (and a few white lies). Her charitable visits to inner city schools inspired the idea of reaching teens across the country despite socio-economic status.

Listening to librarians at a NCTE panel further motivated Justina to take action. Four months ago, she approached Janet, Dia, and me with the concept. We divied up duties according to our skills and set to work creating our sites, logo, materials, and marketing plans.

Our first celebration in January was a sneak peek at the Midwinter ALA conference. The reception from librarians was unbelievable! Offering a book club, with party ideas, and community service interested many.

Webdiva, Little Willow, soon joined our ranks, and our website became a reality. Our MySpace members rose to 500, and the press began to take notice in February. The divas were busy with multiple interviews in one week!

Quickly, our March 1st launch arrived. Our inaugural issue was posted at our website. With 848 members, 109 comments gathered, and 446 readergirlz chatting about gutsy girls in lit, readergirlz was a reality! I love zipping over to our forums and seeing the great dialogue being exchanged. There’s the heart of our work in action!

Dia: There were–and still are–many challenges! The literary challenges–choosing the right books for the readergirlz list. We are reading like crazy and consulting children’s literature experts—librarians and bloggers–and teens themselves to find the right books. We think that there are twelve things that girls need to be armed with before they launch into the real world, among these are tolerance, healthy bodies and spirits, and self-acceptance. You’ll see books that reflect these core values.

We had huge technical challenges–none of the readergirlz divas was very tech savvy, and we needed a website, a MySpace site, and a LiveJournal site. Major kudos to Lorie Ann Grover for becoming our technical wizard. Thanks also to Little Willow, our wonderful and generous webdiva. There were many other challenges: marketing, designing a logo, making promotional materials; handling appearances and press relations; e-newsletter and database management; and copywriting. And finally, the biggest challenge of all—trying to keep writing during the onslaught of readergirlz work!

What are your hopes and plans for readergirlz in the future?

Janet: Strong girl characters empower girls everywhere. I hope readergirlz builds a worldwide community of thinking girls who read and respond–girls who cheer each other on and support each other’s dreams.

Lorie Ann: I hope that girls across the country form readergirlz groups, where they can discuss great books, feel empowered, and reach out into their communities. I hope the solitary readers connect through our sites and feel a sense of belonging. Bottom line: I hope we all inspire each other to be our best.

Could you briefly tell us about your own books?

Janet: Dragon’s Keep is the story of a princess with a dragon’s claw–a tale combining beauty and beast in one person. At its core it is a story about self-acceptance. Rosalind feels she is unlovable because of her deformity. She must be perfectly beautiful in order to be loved. Sound familiar? Girls in our culture are taught “Beauty equals Love” from the cradle. If you are not a perfect 10, you’re not good enough. Dragon’s Keep turns this cultural myth on its head!

Dia: I write YA fantasy novels. They are Avielle of Rhia, about a princess struggling with terrorism; The Phoenix Dance, a retelling of Grimm’s fairy-tale of the Twelve Dancing Princesses, about a girl with bipolar illness; White Midnight, about a girl who dreams of owning her own land, Aria Of The Sea, about a dancer trying to find her true voice, and Firegold, about a mixed race boy seeking self-acceptance.

Lorie Ann: On Pointe is a verse novel about my experience wherein I grew too tall to continue my professional ballet track. In our age where kids are told they can be whatever they imagine, I wanted to offer a realistic book where a character’s dreams aren’t reached. My hope is to encourage readers to keep going and dream again. There are so many ways to express yourself. Through a seemingly dead end, the world may open.

Justina: Nothing but the Truth (and a few white lies) features a half-Asian, half-white girl who yearns to be someone she’s not. In the course of a summer–at math camp, no less–she figures out how cool it is to be no one but herself. My forthcoming YA novel, Girl Overboard, is about a snowboard girl who learns to value herself off the mountain.

Justina: We challenge authors of middle grade fiction to create something similar to readergirlz for kids ages 8-12. Give kids a rich author experience! Tie books to community service! That would truly thrill us.