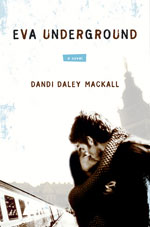 Dandi Daley Mackall is the author of more than three hundred books for adults and children, including the Winnie the Horse Gentler series. She lives with her family in Ohio.

Dandi Daley Mackall on Dandi Daley Mackall: “I grew up in a small town in Missouri (population 1,701 before the shoe factory closed), where we had to make our own entertainment. I was the official storyteller. Both my parents told a good story. At night Mom read me a library book, but Dad would make up a story, letting me name the characters, horses, and disasters. My best friends were our horses, and I rode every day. My mom still lives in Hamilton, Missouri.

“At age ten, I won my first writing contest for my 50 words on why I wanted to be batboy for the Kansas City A’s. But when they found out ‘Dan’ Daley was actually ‘Dandi Daley,’ they refused to let a girl be batboy. Today, I could sue them and be a millionaire; but then, all I could do was become a St. Louis Cardinals fan.

“When I set off for the University of Missouri, I thought I’d major in journalism and have my own newspaper, ‘The Dandi Daily.’ But sticking to facts wasn’t for me, so I ended up with a BA in foreign languages…just because I liked learning them. Meanwhile, I wrote articles for magazines like Reader’s Digest, Woman’s Day, Guideposts.

“But it was in Poland that I wrote my first book, by hand, a funny, nonfiction inspirational for grown-ups. I lived in a house with 20 Poles and no heat. Every night I’d hunker under the covers in my room, where snow on my boots never melted, and I’d pen my book. I like to say that I wrote my first book ‘undercover’ in Poland, although it would be about 300 books later when I’d actually write about my experiences there.

“I met my wonderful husband, Joe, a phenomenal writer for grown-ups, in Oklahoma, where we were both getting a Master’s in English and Creative Writing. His first words to me, as he caught me exiting my ‘How-to-Write Mysteries’ class were: ‘So what’s your favorite way to kill someone?’ Two months later we were married. Now we live in rural Ohio with our three kids, Jen, Katy, and Dan, horses, dogs, and cats.”

Congratulations on the publication of Eva Underground (Harcourt, 2006)(excerpt)! For those who haven’t yet read the novel, could you share a bit about it?

Thanks! And I appreciate the invitation to join your amazing website. Eva Underground is set in Communist Eastern Europe in 1978, before “The Wall” came down. Eva Lott has a lot going for her in Chicago-cool boyfriend, a spot on the swim team, great best friend-until her dad drags her to Poland to help with a radical underground movement. In Poland, there’s no pepperoni pizza. No good music. And the government is watching everywhere.

But as Eva plots her escape, she forms an unusual friendship with a moody, handsome boy, Tomek, and she finds herself drawn into the country’s beauty and its brave struggle for the freedoms she’s always taken for granted. It’s been called a “coming-of-age love story,” and I guess, in the end, that’s what it is.

In 1978, I met a guy who knew a Polish priest who wanted someone to come over from the U.S. and teach writing and the Bible to a group of Polish students from various universities, people who wanted to make a difference in their country but needed writing skills and wanted to study the Bible. I naively said, “Cool!” and hopped a plane to Vienna, rented the cheapest car in that city, and drove the same route Eva and her dad drive through Czechoslovakia to Zakopane, Poland. The next 18 months were the most amazing of my life, as I was drawn into the spirit of these amazing people. I learned much more from them than they did from me. So the inspiration of the book was profound.

This is one long timeline! I knew in 1978 that I wanted to write about my experiences in communist Poland. But I was asked not to write about the events or people for ten years; the dangers were very real. After the Wall came down, and freedom flowed into Poland, I could have started my Poland book, but I was writing my first series, The Cinnamon Lake Mysteries, churning out picture books for Hanna-Barbera and Warner Brothers-Scooby Doo, Flintstones, Yogi Bear, Jetsons, and working on a new young adult novel.

When I finally turned my attention to Poland, I tried to write the novel as a contemporary, set in 1995, with older facts coming in through dialogue. It didn’t work. Finally, I realized I had to set the story during the years I was there (duh!). At first, I wrote the whole novel in Eva’s point of view. Something was missing. I let the novel sit for a whole year until I figured out that I needed to alternate points of view between Eva and Tomek, giving the reader insight into both mindsets. That’s when Harcourt bought it. My wonderful editor at Harcourt, Tamson Weston, exclaimed, “Dandi, I love historical fiction!” That’s when it hit me that my life had become historical. Sigh…

The literary challenge was finding the right genre and point of view, as I just explained. Much of the research was done-penned into big, fat journals I kept while I was living in Poland. I used the Internet and the library to double-check my facts and to supplement information. My best friend from Poland, Gosia Muchowiecka, read the manuscript and helped me immensely.

Psychologically, the challenge was to make the story relate to today’s teens, many of whom have never heard of “The Iron Curtain” or “The Wall.” The solution was in the relationships that cut to basic human nature and universal needs. Everybody loves a love story.

I’ve read some of the great advice you and others offer on your website, such as read voraciously and write prolifically. I second that. And love words-the sound of them: whispering, cantering, thump. Love the power of rightly placed words, the joy of a fresh image that can make a reader forever see things in a new way. Knowing that you’ve written a powerful sentence or created a fascinating, quirky character can help propel you past the pile of rejections until you’re able to share your words with your readers.

How about those authors who’re looking to build a career?

For the past 15 years, I’ve been making a very nice living writing children’s books, and for that, I’m so grateful. Before that, I taught at a university part-time and wrote part-time. I wrote myself out of my day job by writing consistently and keeping lots of “irons in the fire.” When you’re waiting on one book to find a publisher, it’s just not fair to the poor mailman you attack each day he shows up empty-handed or, worse, delivers a rejection. Just keep writing. And writing. I think you should love the book you’re writing right now, love it more than anything you’ve ever written. If we’re not growing as writers and getting better and better at it, something’s wrong.

More than three hundred books! Wow! What’s the secret of your productivity?

I honestly don’t write fast. I do dozens of rewrites on everything. But I write a lot. Six days a week, dawn to way after dusk (if I’m not on the road or doing family things). I’m sure it helps that I love so many different kinds of writing for children-board books, picture books, historical, rhyme, middle-grade fiction, young adult novels. It’s like changing channels. I can write the first draft of one novel in the morning, then do a rewrite on a rhyming picture book in the afternoon, and correct galleys after dinner. (But I’m a lot more fun than I sound like! Honest!)

There’s nothing I like better than hanging out with my husband and kids-by the fire or at the barn or going to a movie. I do ride horses, play tennis, and go on long walks (always with my mini-tape player, a pad, and a pen, of course).

I also have lived in Missouri, Dallas, Ann Arbor, Oklahoma, Chicago, and France.